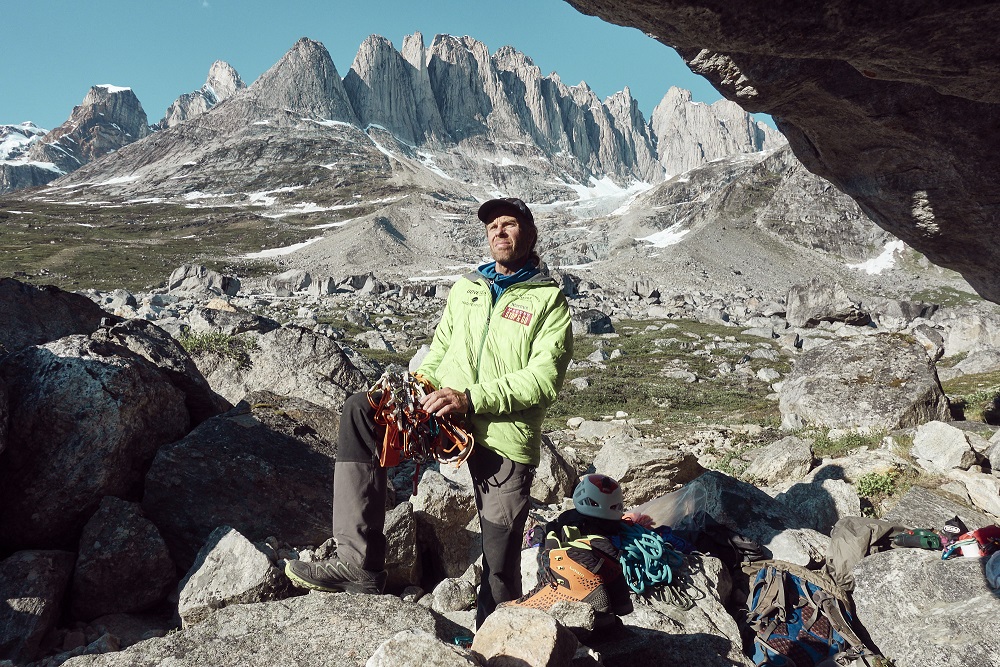 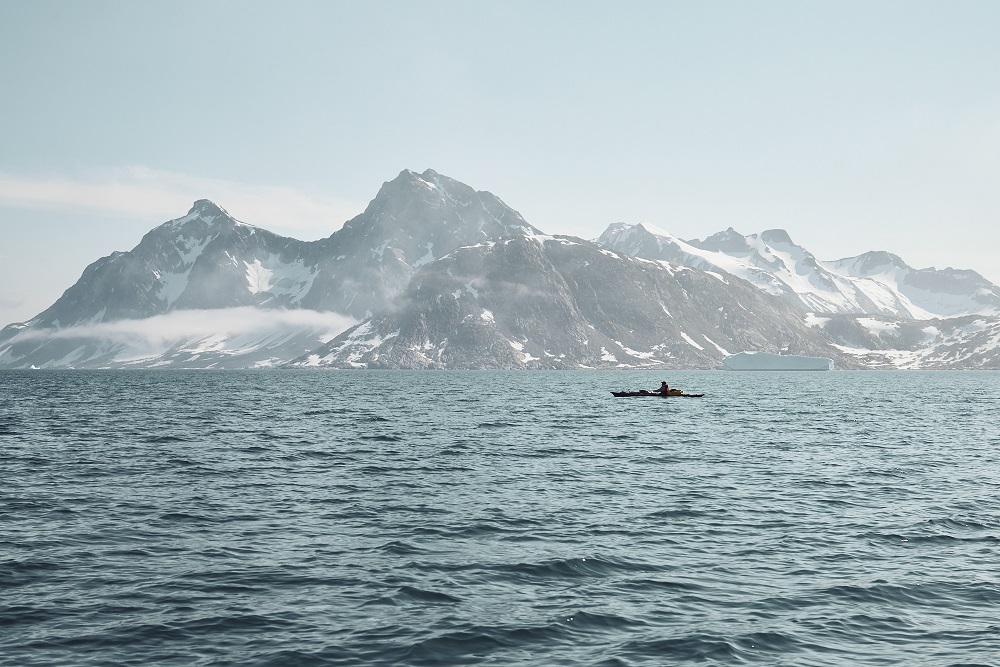 „A special adventure in modern times!“

Extreme climber Robert Jasper successfully returned from his  solo expedition to Greenland with a first ascent! Robert Jasper embarked on an adventure of the special kind in mid-July from Kulusuk in East Greenland. He left civilization from the last Inuit settlement Kungmit solo, completely by himself, and paddled to remote fjords in his foldable sea kayak without any support „by fair means“ in search of a mountain with a rockface to climb new land. As far as we know this has never been done by any human before him in this region! Weather and wind conditions on the fjords as well as gear and supplies for four weeks that he had to transport which weighed a total of 90kg brought both man and material to their absolute limits. Due to these circumstances Robert Jasper was forced to cover some of the sections several times! After a total of 12 days of hard paddling and heavy hauling of his gear Robert Jasper was able to establish his base camp at the foot of the so-called Fox Jaw Cirque, a mountain range whose bizarre granite peaks remind of the teeth of a predator.   The solitude and the permanent danger of making contact with an ice bear kept gnawing on the nerves of the climber. Still Robert Jasper decided to take a closer look at the face of the Molar Spire, the second granite tooth. „I find the uncertainty of a first ascent appealing. You just don’t know if it’s really possible to climb up there. It’s a huge challenge!“ It was his personal challenge to attempt a first ascent in such an exposed mountain territory alone and in modern free-climbing style. He reached the wall via a snow colouir. Robert Jasper climbed a total of seven pitches in two days. He kept coming back to base camp since the weather was instable. „Climbing was very difficult since there are no cracks that pull through the wall continuously. Difficulty is up to 7c (UIAA grade 9) but in really good, compact rock. 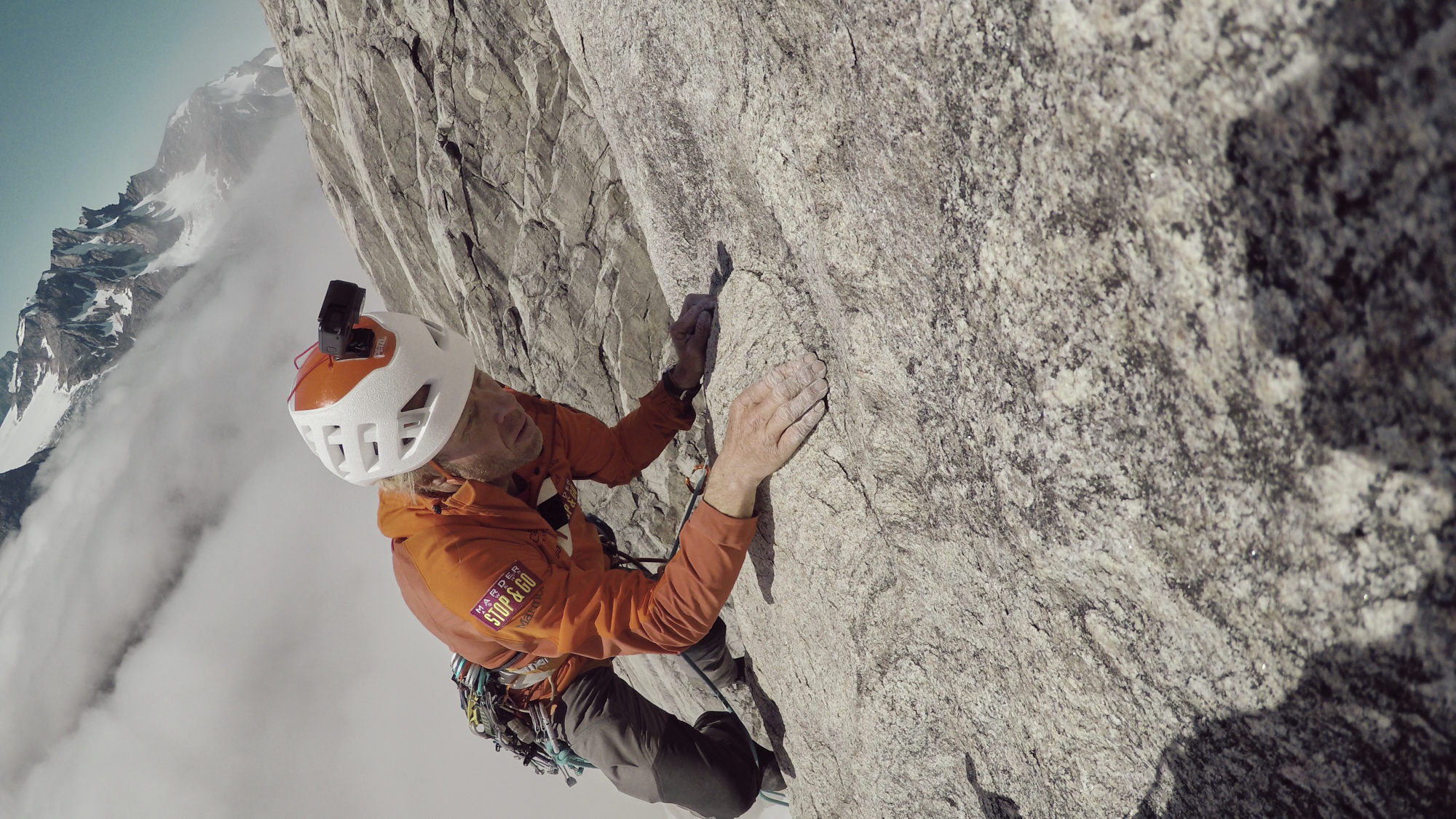 On the third day Jasper made his way to the summit despite instable weather to take any chance he had. It all went well until it started raining about 80m below the summit. The rock became slippery! Should he turn around? That would have meant to tediously climb everything again on lead next try! Robert Jasper continued climbing carefully after assessing the risks. Fog rose and the wall remained very challenging and suspenseful! He was able to reach the peak thanks to his entire experience and routine he had acquired as a mountaineer. „The clouds cleared and you could see the surrounding mountains and fjords. I was all alone, no person in sight as far as the eye could see. It was like in heaven. Indescribably beautiful!“ The descent was made by rapelling down the route. Jasper reached his tent again after 18 hours. After 30 days in the wild and covering a total of 100km on foot with heavy gear, 1000m in steep rock and over 100km in a sea kayak Robert Jasper returned to the town of Kungmit with his foldable kayak. His personal „stone circle“ came to a close! He decided to name his route „Stonecircle.“ Robert says the following about naming his climb: „The most impressive things in life are often rocky and hard. That’s how they stay in the back of your mind. This expedition pushed me to my limits. It was a huge adventure in a magnificent natural setting! An absolute highlight. I made many valuable experiences during the trip. An absolute jewel in my life!“ 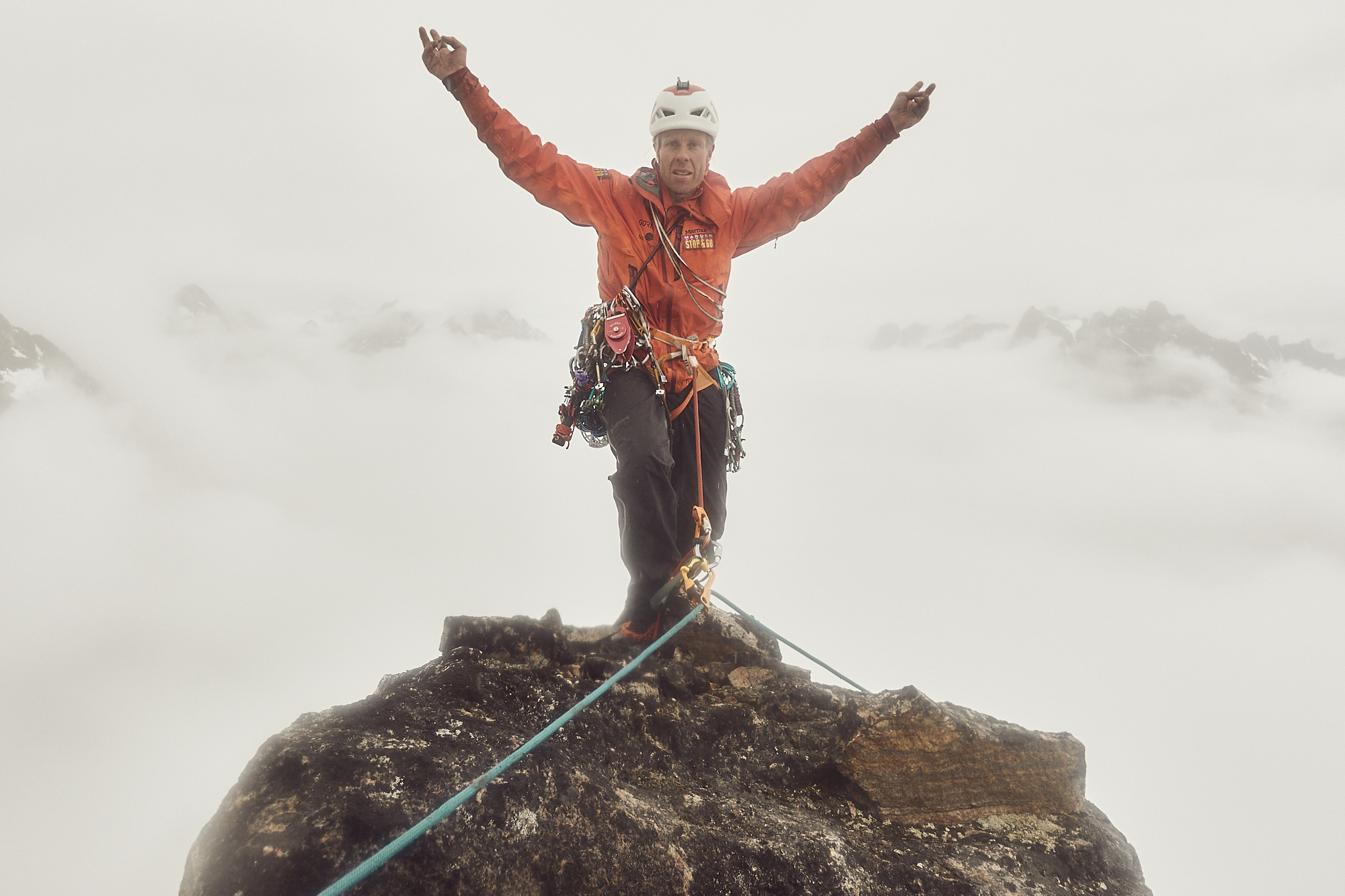 Facts: East Greenland, Angmassalik-Tasilaq Fjord Fox Jaw Cirque July – August 2018 Over 100 km with sea kayak, 100 km on foot with backpack and about 1000 meters of climbing on the mountain 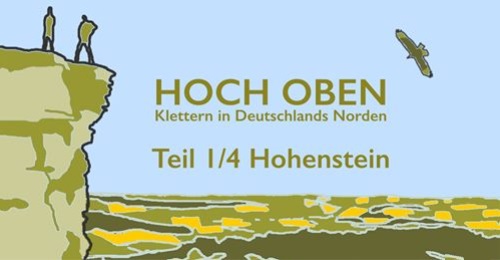