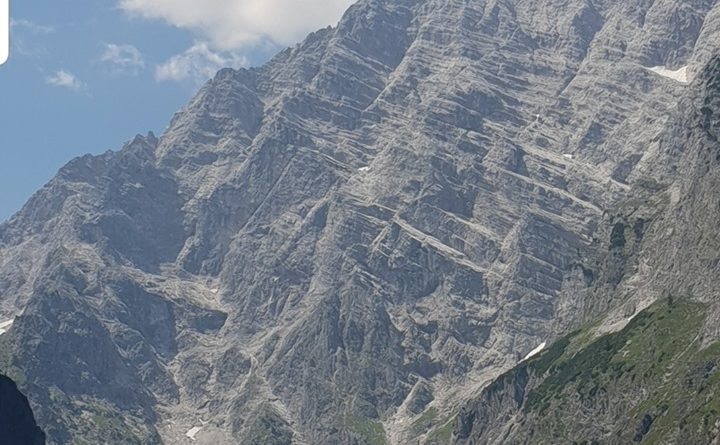 It was scheduled in his multipitch climbing film project “Swissway to heaven”, Cédric Lachat just signed the second free ascent of one of the hardest multipitch routes of the World, “Fly” 8c, 550 meters located in Staldeflue, Lauterbrunnental (Switzerland) with Tobias Suter. Bolted by Roger Schäli and his friends and freed for the first time in 4 days by Alex Megos in 2014, Cédric has succeeded to free-climb the route in one day! Another achievement for him added on his long multi pitch ticklist: “Orbayu”, “Hosanna”, “Yeah man”, “Silbergeier”, “Golden Gate”,…Here is his complete comment about this unbelievable adventure. For Cédric, “Fly” seems to be his best performance of his climbing career!

Last year Tobias Suter proposed me to try “Fly” with him. My project “Swissway to heaven” this year gave me the opportunity to plan a visit in this route. This line was bolted during 2004 and 2009 by Roger Schäli and his friends. I must admit you mist not to be scared for starting to bolt a route like this! In June of 2014 Alex Megos freed the line in several days, joined by Frank Kretschmann and David Hefti. “

“We came for the first time from the top, cleaning the holds, scoping the hardest pitches and fixing the static ropes for our cameraman who joined us in the adventure, Guillaume Broust. I must say that I wanted to try the 8c key pitch, the route seemed to me so hard but doable… The last pitch of the route, around 8b+, freezed me. I was not moving! I usually manage to climb easily 9th grade sportclimbing routes but here…impossible! It was warm but no excuses, I was asking to myself if I could climb this. “