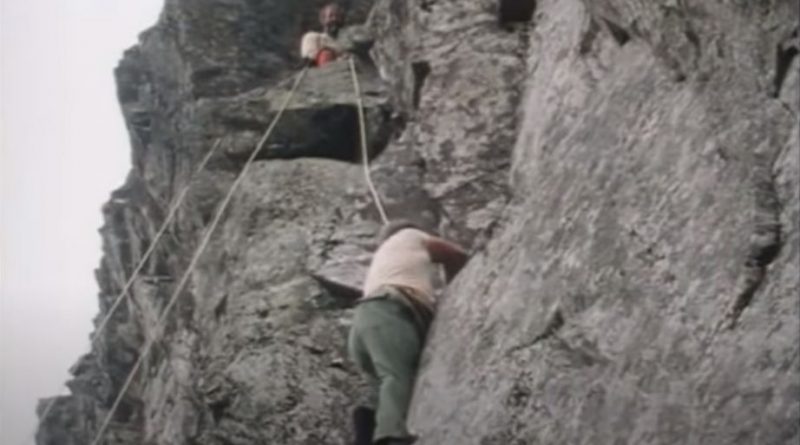 Absolutely worth seeing video. In the same video the two climbing legends Don Whillans and the route “Dovedale Groove” E1 5b climb on Dove Crag, in Dovedale, in Cumbria in Northern England. Both made alpine history. In August 1961 they climbed together with Ian Clough, René Desmaison, Jan Dlugosz, Ignazio Piussi, Yves Pollet-Villard and Pierre Julien successfully the 500 m high Frêney central pillar on Mont Blanc. The route was the last major problem on the highest mountain in the Alps. In May 1970 they made alpine history again when they climbed as first the 3000 m high south face of Annapurna (8091 m) in the Himalayas.