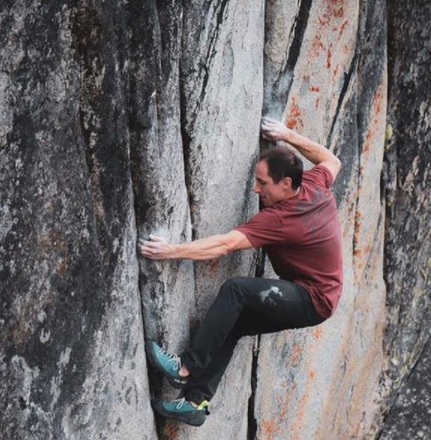 The “all-rounder” Carlo Traversi sends sends after his FA “Empath” a first ascent of a hard boulder. The boulder named “Equanimity” located by Kirkwood Lake, California, just south of Lake Tahoe. Equanimity (First Ascent). Proposing V15 for this one. The most difficult series of moves I’ve done in a while. Such a crazy tech power style. Transitioning through a series of bad laybacks with shit smear feet followed by an off balance top section way off the deck. So good! And surprisingly not my most important send from the weekend”

It’s a slightly overhung wall, about 6 meters tall, with a series of vertical seams and bad smear feet.
Tried it a bit last year, but couldn’t do the crux section. This year, surprised myself by solving the crux, and took another few days to finish it off.
The seams look like cracks but they don’t quite open up. Near the top it turns into a crack.
Carlo Traversi sends his first 8C + boulder ‘Creature from the Black Lagoon’ in July.

Carlo is also doing well with rope and without hooks and manages the first repeat of “Meltdown” (8c + Trad) in 2018. 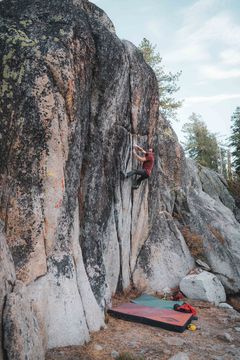