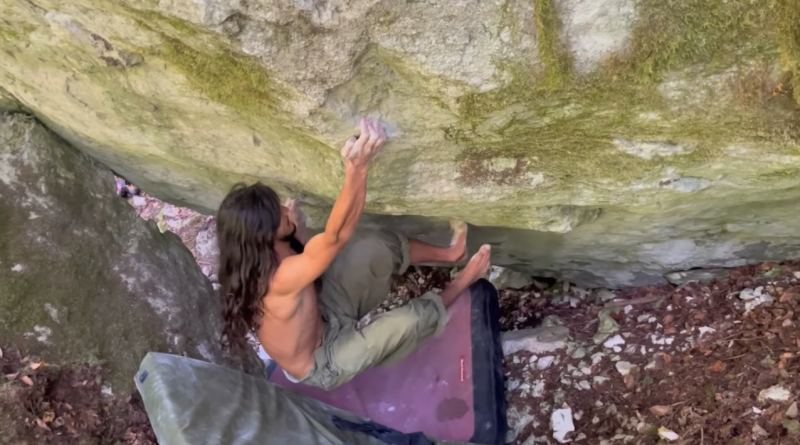 Nothing was heard from him for a long time. Now the barefoot French climber Charles Albert has reported the ascent of the boulder „La Source“ in the Gorges des Usses in the region Auvergne-Rhône-Alpes. Albert suggests a difficulty of 8C for the boulder. Apart from his unusual or non-existent footwear, Charles Albert became famous for the first ascent of „No Kapote Only“, for which he proposed 9A. In the meantime, it is considered 8C+.