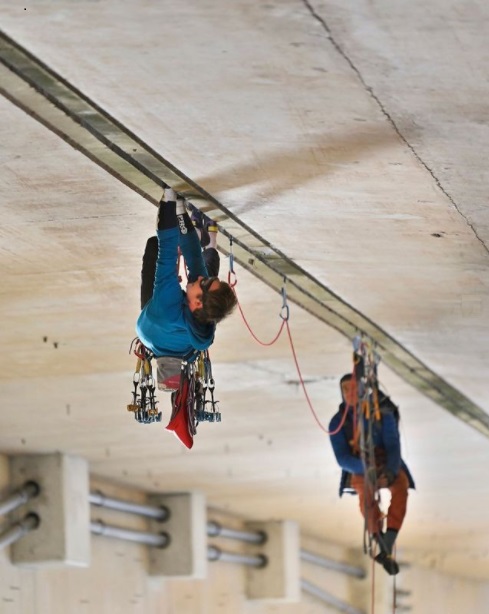 The „Wide boyz“ Tom Paul Randall and Pete Whittaker have now climbed the longest crack roof in the world for the first time. After the planned trip to the USA was cancelled, the two looked for an opportunity to climb a roof crack at home. The location under a car bridge is not that great, but where else can you find such a possibility. The result was „The Great Rift – Follow the crack“ (7b-8a) spread over 60-70 pitches with a total length of 2500 ft. The first ascent took a total of 4 days and three nights. The route is under the M5 motorway bridge over the Exe at Exeter in Cornwall.

WE DID IT!! myself and @tompaulrandall completed our monster project! The roof climb to end all roof cracks. We’ve climbed a lot of big cracks in our time, but can safely say we’ll never climb another one bigger and steeper than this.
The project was filmed by @reelrock and will feature in Reel Rock 16, due March. Whilst you wait for that, then see below.

In 2020/21 with travel to America restricted we needed our crack climbing fix some other way. We started looking more locally and it became apparent that bridge roof cracks could be just as demanding as desert ones. Over a number of months the bridges got longer and longer, until we were tipped off about this one; One continuous, unbroken splitter just shy of 2500ft long. It was the length of Half Dome…but horizontal.

After a summer of training specifically for this route, we made 3 recce trips to the bridge, had one failed attempt which got us to just under halfway, and managed it on our 5th visit.
The ascent was done in team free style, meaning one person lead, the second aided, then we swapped for the next pitch. We swung leads for it’s entirety.

Due to the small variations in the crack width and movement of the bridge from the traffic above, some pitches were harder than others. The worst pitches were when a double Eddie Stobart passed over the top whilst trying to place gear, that always made things feel pretty cruxy. Nevertheless, after 4 days and 3 nights on the roof, the noise of cars and HGVs fizzled out into a blurry hum.
2500ft of horizontal climbing certainly takes it toll, and our bodies were pretty worked by the end.

We lost count of the number of pitches and the grade of each one. But if anyone is interested then the guidebook description would read something like:
The Great Rift – Follow the crack, 7b+ to 8a+ x 60-70 pitches. Take 12 Blues, 10 Golds, goggles and a lot of tape.

Natural or not this has to be one of the very best crack lines out there and it’s nice to be able to bring one of world’s hardest cracks back to the UK. 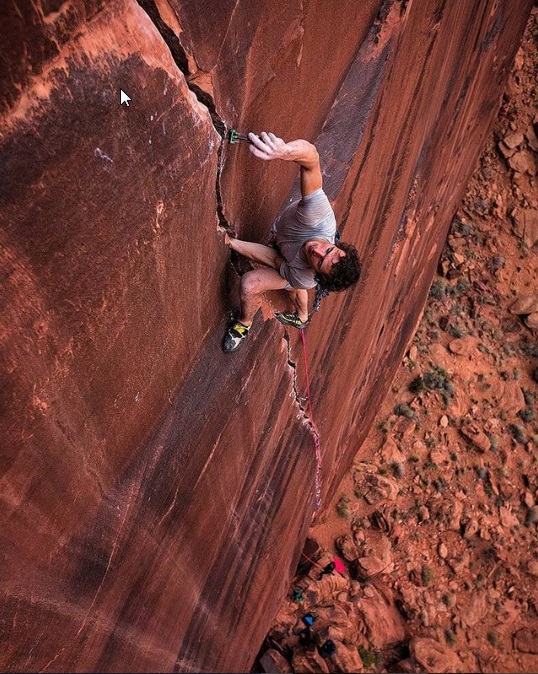 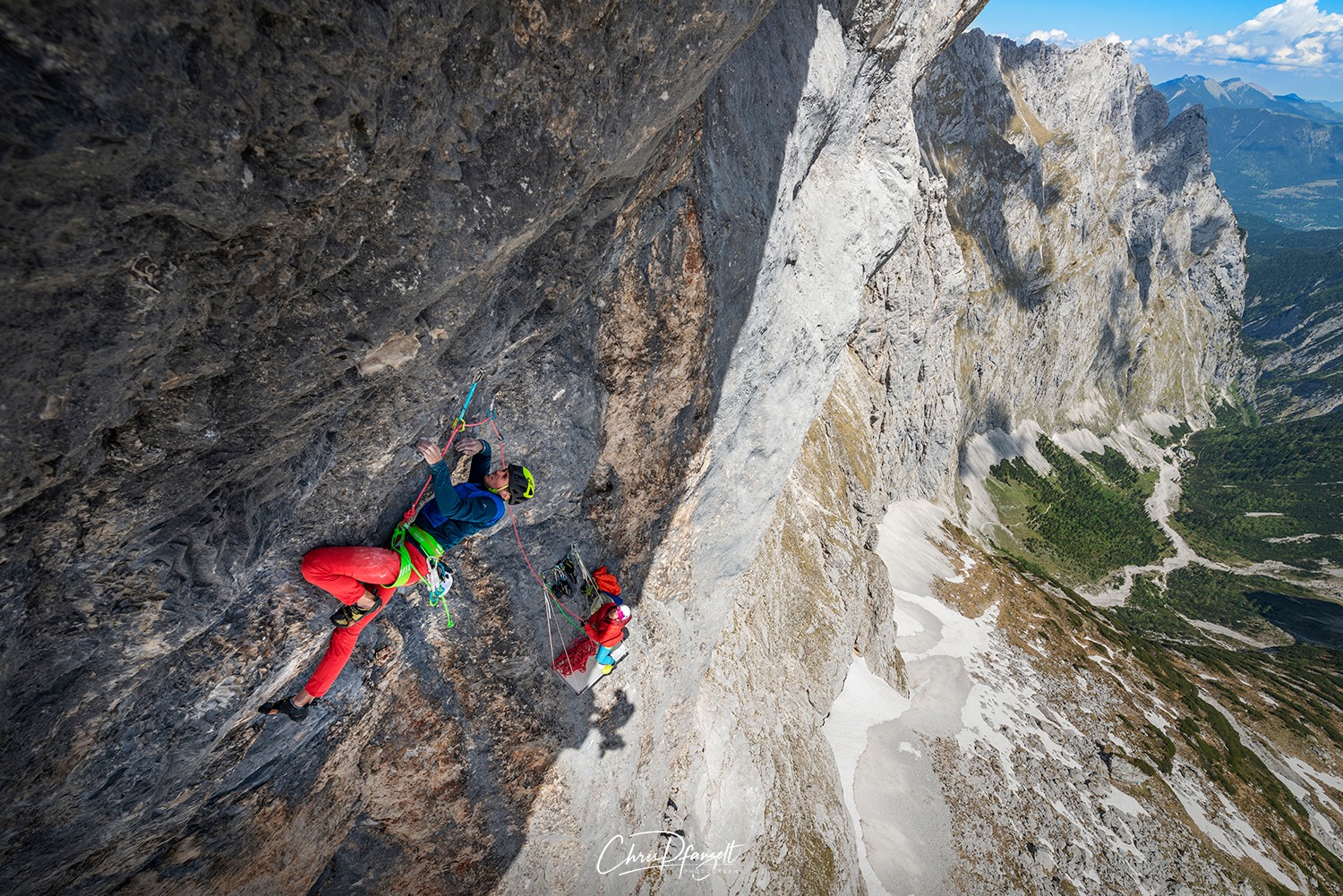 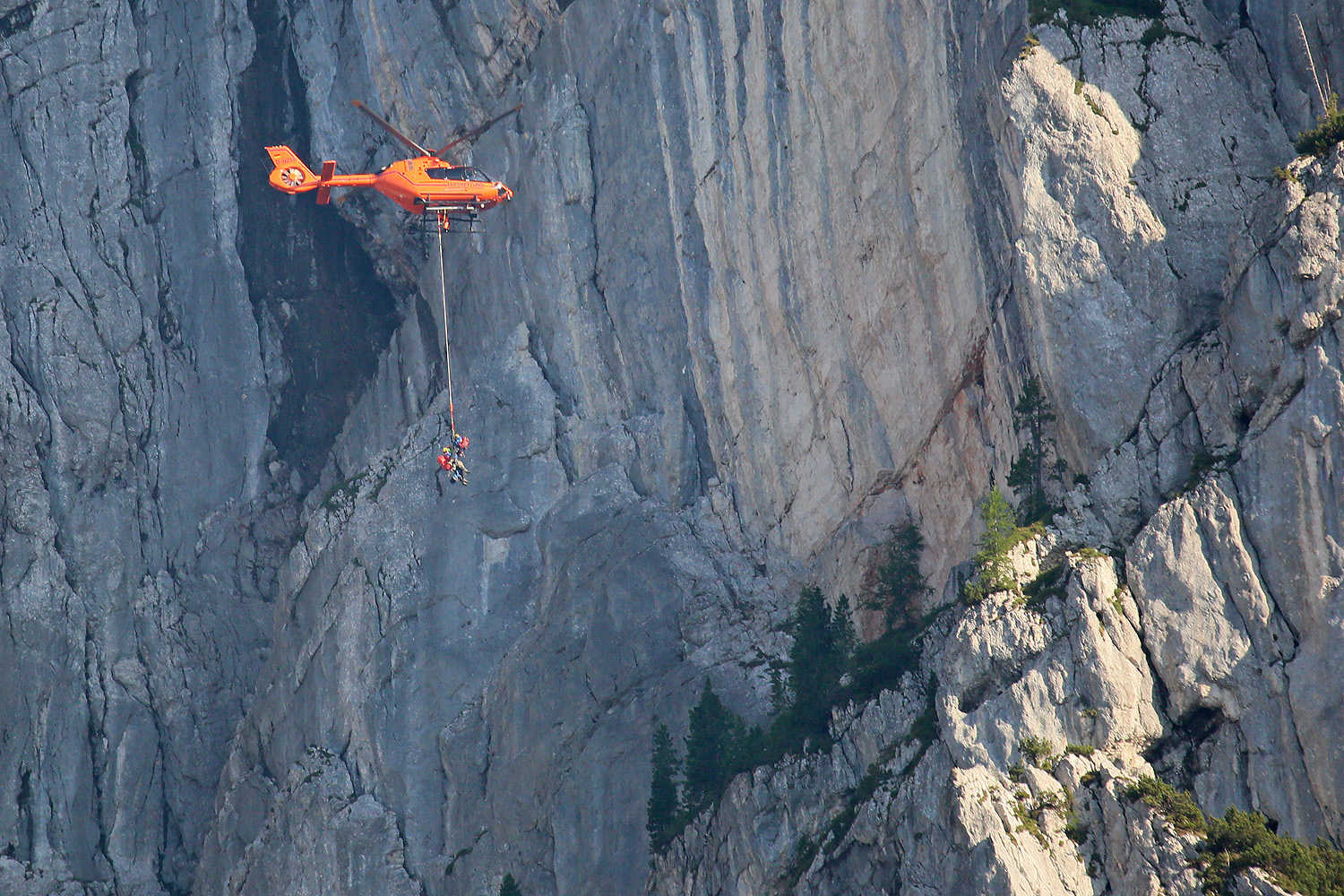