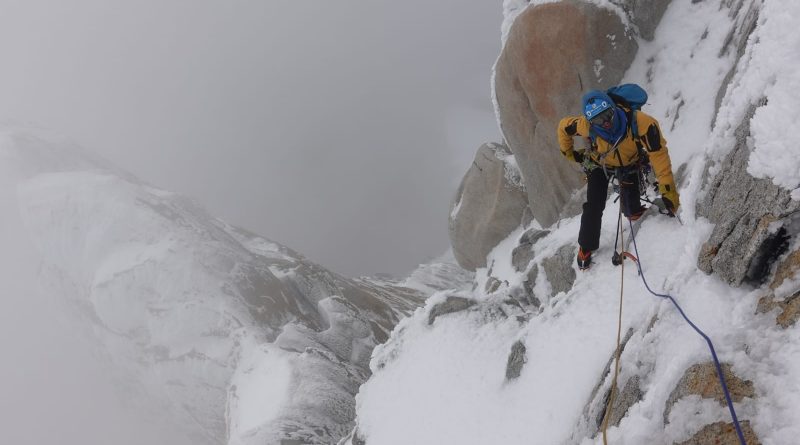 Italians Alessandro Baù and Giovanni Zaccaria have established a new line on Cerro Piergiorgio east face. Acting on a tip-off from Rolando Garibotti, they followed a thin line of ice circa 200m high (WI5 – M5), described as being “not too long but very beautiful.” This enabled them, after one abseil, to join Esperando La Cumbre for 150m, established in 1996 by Maurizio Giordani and Gian Luca Maspes. The two then continued onto the summit ice mushroom (M4 – M6)

The new climb Scrumble de Manzana on Piergiorgio, named after the delicious apple pie they ate at Rifugio Fraile.