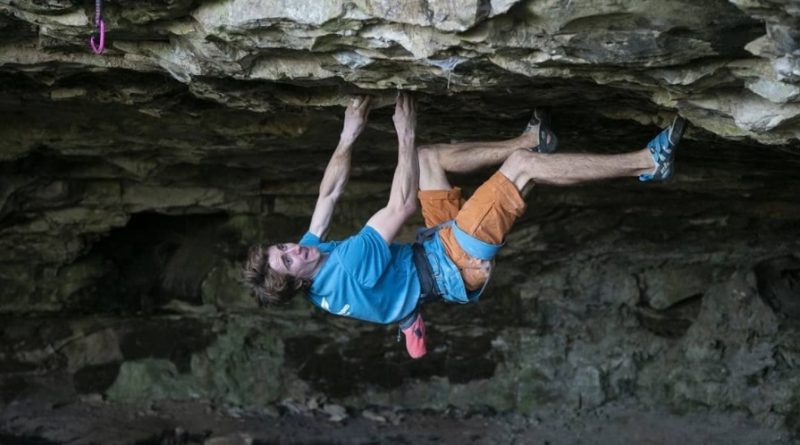 It took 25 years before the top route of its time „Akira“ was finally repeated. Now the route with Seb Bouin and Lucien Martinez saw two repetitions. There are naturally some uncertainties in the valuation. But Seb thinks that the climb felt more like 9a. The question arises why the route was not repeated for so long. The first ascenter Fred Rouhling, courageously graded the „boulder route“ as 9b back in 1995. The first part is like a roof boulder, before you can clip a rope on edge of the roof.

The route really consists of two parts, the first being a horizontal roof and the second slightly less steep. You dont tie (thatd be clip in) in until youve past the first part of the route. It has been described as „an 7c+ (Original 8b+) to an good rest, followed by two 8A+ boulder problems, without rest between them, directly followed by an 8a-Route“, or as „an 8c+ route followed by an 8c-route“. Fred worked it for three months before he could finally link it the belayer.

Fred worked on it for three months before he could finally score the route. Potential repeaters and well-known climbers doubted the first ascent, also because Fred had not climbed any comparable climbing routes before.