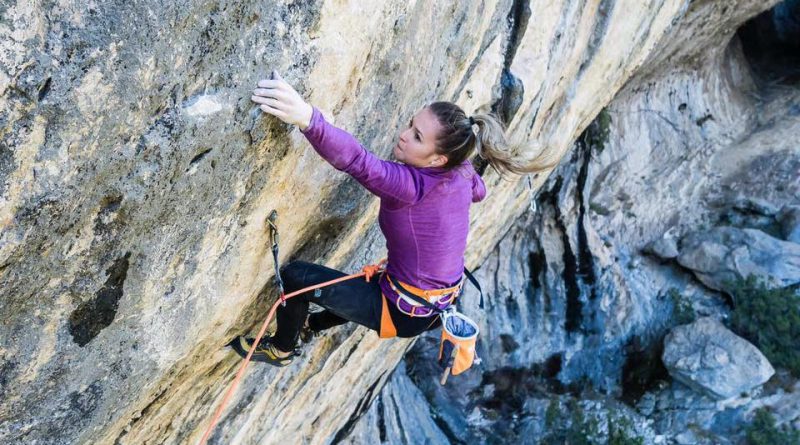 After Angy Eiter was the only woman who could climb a 9b route for a long time, Laura Rogora joined this year. Now Julia Chanourdie also managed a 9b route with the repetition of „Eagle 4“ in St-Léger du Ventoux. It was the third ascent of the route after Adam Ondra and Hugo Parmentier. The route is described with two hard bouldering spots (8B and 8A +) with a few good holds between them.

Julia, like Laura Rogora, is qualified for the Olympics. Due to the postponement of the Olympic Games to next year, the two „young wild ones“ can show what they can do on the natural rock. Since the ascent of „Supercrackinette“ 9a + in spring, Julia Chanourdie is member the exclusive club of female climbers who were able to climb a 9a + route or harder, alongside Angy Eiter, Laura Rogora, Margo Hayes and Anak Verhoeven.

A couple of videos from me trying the hard section of Eagle-4. Uncut video coming soon. The sound of me trying really hard on the last try of the video makes me laugh a lot but it is definitely my best effort before the send.
The first boulder of the route, really physical and super intense gave me a lot of trouble for most of my tries. So it was needed to be strong as soon as the first move starts !
To cut the story short, I was there when @hugoparmentier clipped the chain of Eagle-4 last winter when I was trying Super Crackinette. It was really inspiring to witness the send and I was glad to support him on his climb. Since, Eagle-4 was always in the back of my mind …