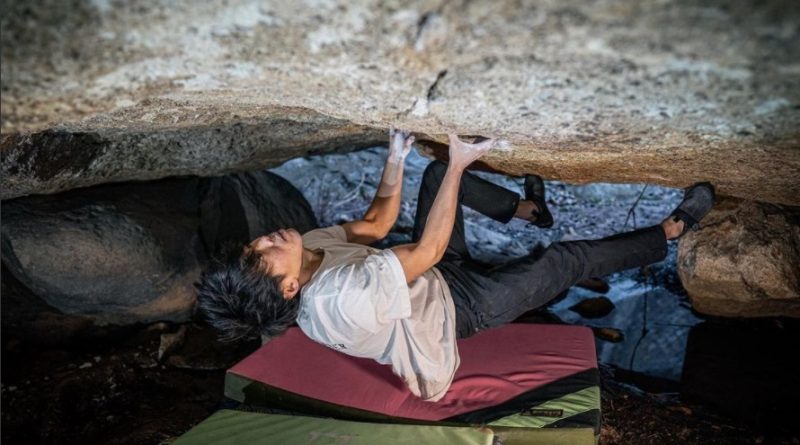 Ryuichi Murai could, after five years of trying, finish his long-term project „UMA extension“ in the Japanese bouldering area Mt.Mizugaki with „Nexus“ (8C+/V16). If the difficulty is confirmed, it would be his second boulder in this grade. It would also be one of the hardest, if not the hardest boulder in Japan and the second boulder in this grade in the island republic after „United„. Ryuichi first ascented, still unrepeated Boulder, two years ago.

The difficulty in achieving this line was that in addition to the large number of moves and high strength, the accumulation of mental stress due to slight squeaks and mistakes greatly affected performance. Therefore, it was important not only for endurance but also for how sophisticated the movement could be.

After understanding the logic, I thoroughly reviewed all the moves again and practiced repeatedly until my body naturally started to move without thinking.

And yesterday, all the pieces fit perfectly, and the five-year puzzle was finally completed.

This line consists of nearly 40 moves and I was worried about the boulder grade. However, I propose V16 because it felt harder than the similar lines „Babel (V15/8C)“ in Shiobara and „In search of time lost“ (V15/8C)“in Magic Wood. Wanna compare it with Grand Illusion someday.“

he boulder is located in the small but fine Japanese bouldering crag „Shiobara“, where Nomura Shinichiro could first climb „Loca“ (8C) only last week.