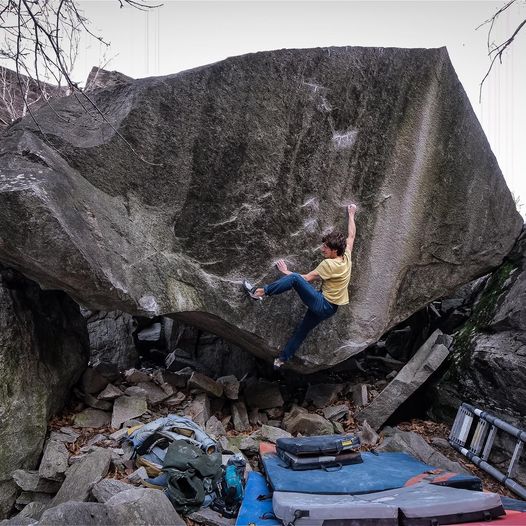 The German Kim Marschner could climb his first 8C boulder with „Forgotten Gem“ (8C). Forgotten Gem“ is a „forgotten“ project in the Swiss bouldering crag of Chironico, which was brought to Kim’s attention by Swiss Giuliano Cameroni. Already 17 years ago Bernd Zangerl and Dave Graham tried themselves in this project. For Kim, it would be his fourth 8C boulder if the grading is confirmed.

„@giuliano_cameroni showed me this project a few months ago and I couldn’t understand why this beautiful line wasn’t climbed yet. I started trying it a few days later but it felt super hard and I had no spotter and not enough pads. A few weeks later Giul and Shawn tried it for a bit and I got psyched to try again with them but my skin was really bad why I had to stop trying really soon. Coming back to Ticino one week later @luis_gerhardt_ and me tried it again and for the first time I was able to do all the moves in the boulder and I already had two good tries from the bottom.

The next session I was super confident but my skin was trash and I couldn’t do one move.
It was very frustrating but on this boulder the skin is one of the most important things. With bad skin or bad conditions the skin just peels off the crimps.
The same happened to me the next session. Bad skin! With two restdays I put it all on one card because it was the last day of my trip. My skin luckily got better and I was able to give it some serious tries.
With some tiny beta changes and a really stupid fall on the move to the lip which isn’t hard anymore, I finally climbed it to the top after a five hour session on this kingline.
Already back in the days about 17 year ago @berndzangerl and @dave_graham_ tried this line for the first time but it somehow got forgotten.
Hopefully it get‘s more attention now because it is one of the most beautiful boulders I‘ve seen and it’s in the middle of Chironico.“ 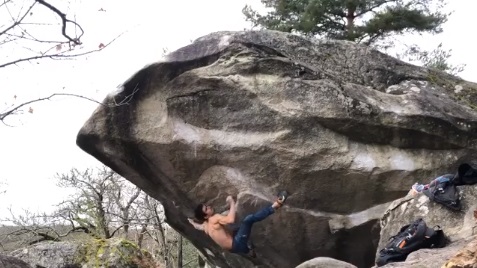 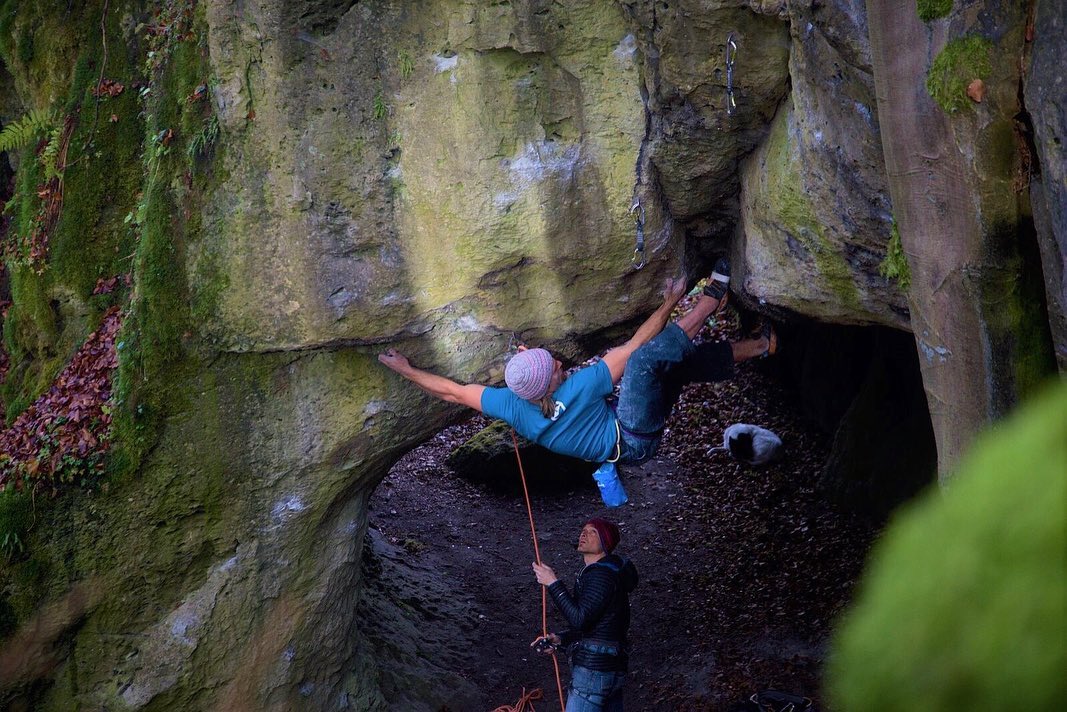