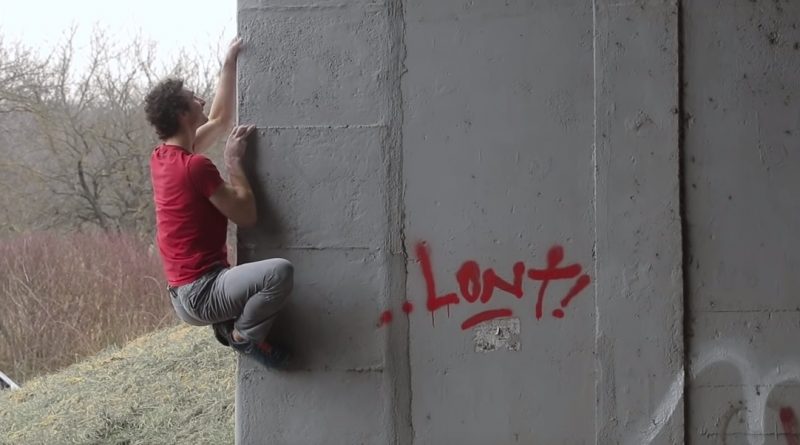 In the absence of natural climbing opportunities, what does the city do? You look for “artificial” alternatives. Well, nowadays you go to the bouldering- and climbing hall, but “earlier” which is quite common. In this case, a certain Ivo David opened an 8B boulder on a bridge pillar in his hometown of Brno in 2002. Clear? Right, that is also the home of Adam Ondra. This was the first repetition of this boulder and he was absolutely thrilled. In a few attempts and different footwear, Adam Ondra managed this boulder in Approach-Shoes shortly before the end of the year after he determined that it was better suited for this boulder.

South of my hometown Brno, the land is mostly flat without any rock to climb. But once you open your mind and eyes, you can find true hidden gems to climb. The next Road to Tokyo episode is about this magnificent arete which was firstly ascended by pastor Ivo David in 2002 and was waiting for the second ascent. It is definitely the hardest boulderproblem I have ever done in approach shoes. Note: Believe it or not, I think it is easier to climb this arete with good and sticky approach shoes than climbing shoes. Ivo did it in climbing shoes though.