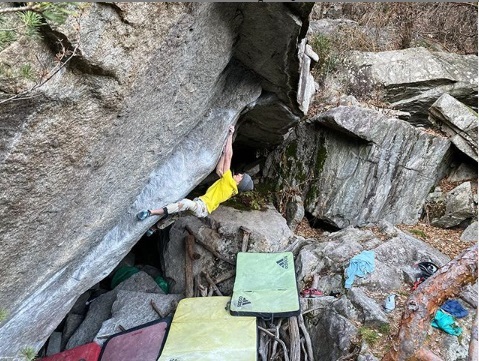 As reported, Vadim Timonov was able to climb the “The Story of Two Worlds” 8C boulder in the Swiss bouldering area of ​​Cresciano in December. Now he managed the 15th ascent of “From Dirt Grows the Flowers” (8C) and a ascent of “Ninja skills” (8B +) in the Swiss bouldering area Chironico. Vadim only needed two sessions for both boulders. In sum Vadim climb four boulders in this grade in the past 30 days.

It was only on January 6th the German Kim Marschner also managed a ascent of the Dave Graham Boulder’s “The Story of Two Worlds” from 2005.