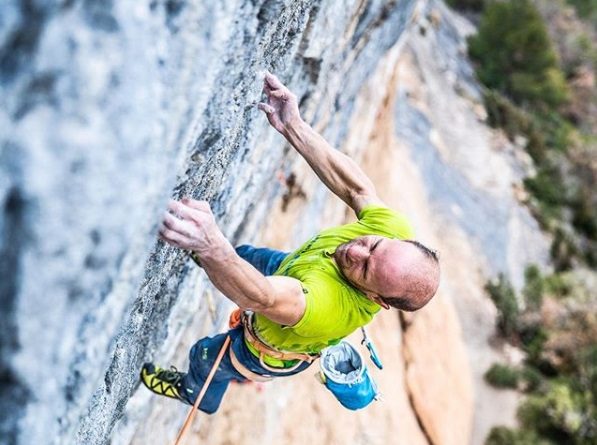 After his 10th ascent of “Pachamama” (9a +), Cédric Lachat manages also Klemen Becan’s “Joe Mama” 9a . It was Cédrics the 7th route in this grade 0r harder and also the 7th ascent of the route, which with Anak Verhoeven can also have a female ascent. Cédric actually tries the route combination “Pachamama” (9a+) and “Papichulo” (9a +) in the same climbing area Oliana. This combination is called “Mamichula”, was first ascented by Adam Ondra in 2017 and classified as hard 9b. Cédric slightly downgraded “Joe Mama” to 9a/+.