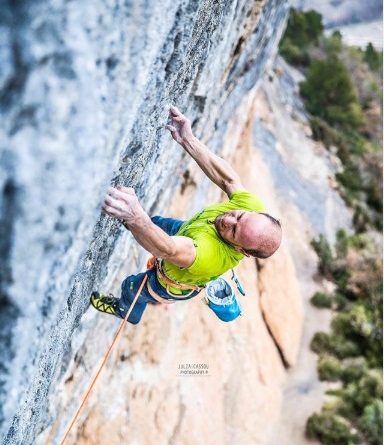 After climbing six routes in the grade 9a+ in the last years, Cédric Lachat is now trying a route grade with 9b. These route is combination “Pachamama” (9a+) and “Papichulo” (9a+) called Mamichula and was first ascented by Adam Ondra in 2017 and classified as hard 9b. The route was repeated for the first and only time a year ago by the Frenchman Séb Bouin. Now Cédric was able to redpointed the first part with the route “Pachamama” (9a +) in a relatively short time. He projected the route ten days and now invested another ten days of his current trip until the climb was successful.

“It’s done ! After a good fight I send faster then expected my project in Oliana “pachamama” 9a+. Super happy to send this monster of endurance. Now time to take a look to “mamichula” 9b. Gonna be hard ! Two movements are super hard for me but I hear I need to be less lazy and work the routes so I’m gonna spend time here ! To be continued… @scarpaspa @petzl_official @karpos “

One thought on “Pachamama (9a+) by Cédric Lachat”