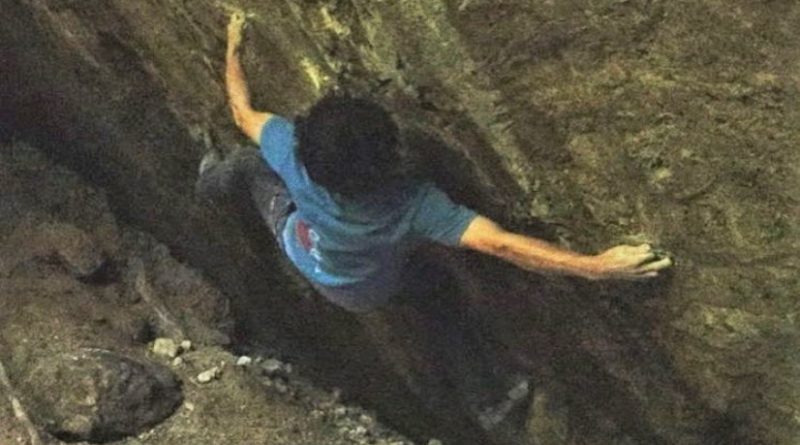 Nomura Shinichiro can be the first! Repetition of „Hallucination“ (8C / V15) in the Japanese bouldering area Hōrai was first climbed by the old master Dai Koyamada in 2003 and has not been repeated so far. For Nomura, also a first-class competitive climber, it was the sixth 8C boulder overall.

„I went to Hōrai area (Pref. Aichi) for the first time in a while. Yet the humidity was high, the temperature was comfortable to climb so i’m happy that the climbing season has been coming.

This day I tried hallucination (V15) which is one of my biggest target. This route has crazy Beta in succession, at first I must do daedpoint from one finger under hold to two finger under.
I’m really impressed that nobody have sent the route since 2003, in short, only one climber sent the route then. FA @dai_koyamada

I couldn’t solve all parts though, i could do the crux one finger under to two finger under. Despite one finger hold, the crux requires very dynamic moves and puts huge stress to both finger joints and mental. therefore i cannot try a lot in a day.

I can’t imagine how to send, but in this season, i concentrate on the hallucination（V15)“