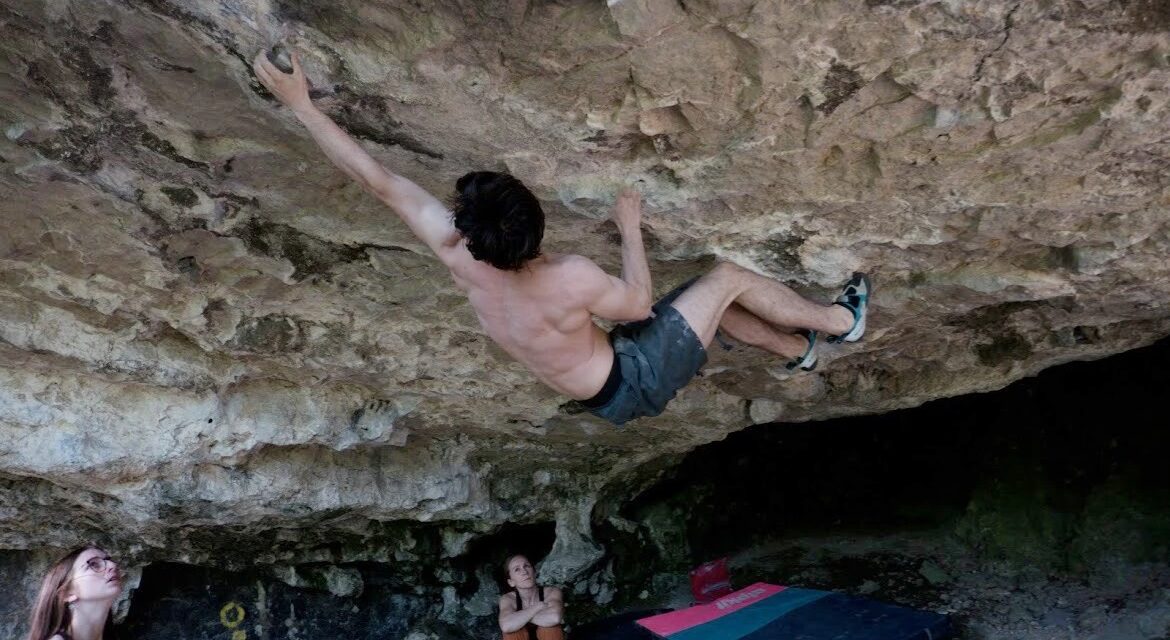 Ther 20-year-old Sam Blackwell first ascented a new 8C in Biblins Cave near Gloucestershire in southwest England. The problem, which he called “World at War“ (8C), links the boulder „Godzilla Sit“ (8B) and „Spaceship“ (8B+).

Sam first attempted what would later become ‚World at War‘ in 2020 when he climbed Godzilla. He managed the boulder during his first session. Shortly after he tried „Spaceship“ the 8B+ extension to „Godzilla“. „Spaceship“ he climbed after 4 to 5 sessions, after which he threw himself into the project of combining „Godzilla Sit“ and „Spaceship“.

„psyched to put this one down so early in the season, put in the training in the months leading up to Biblins reopening for the summer and was cool to see it pay off.
didn’t quite hit the goal of 8c before 20 but 4 days late isn’t bad I guess. Found a really good headspace on the send go it didn’t quite flow as well as some earlier attempts but I was enjoying the climbing and that got me through, learnt some cool things on this one to keep in mind moving forward.“

Biblins Cave is the bouldering hotspot in England with three 8C boulders. 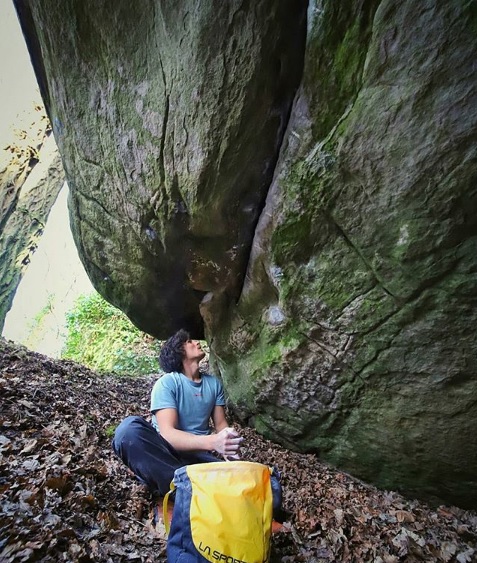 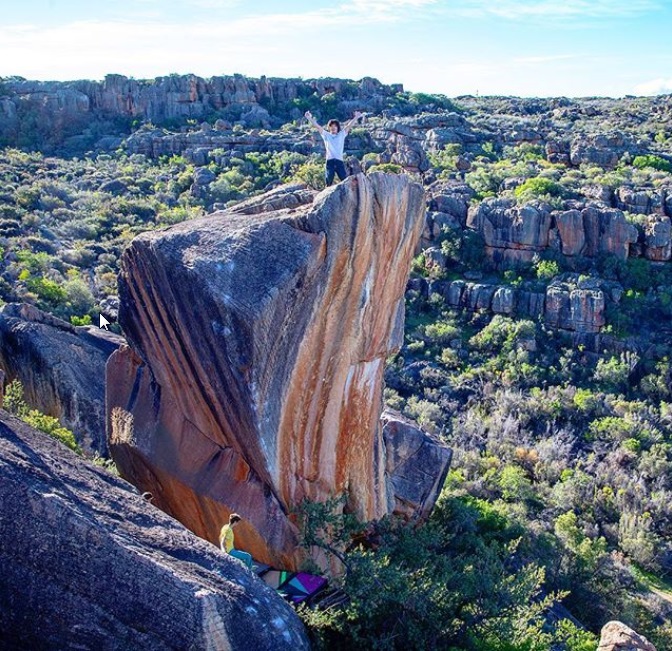 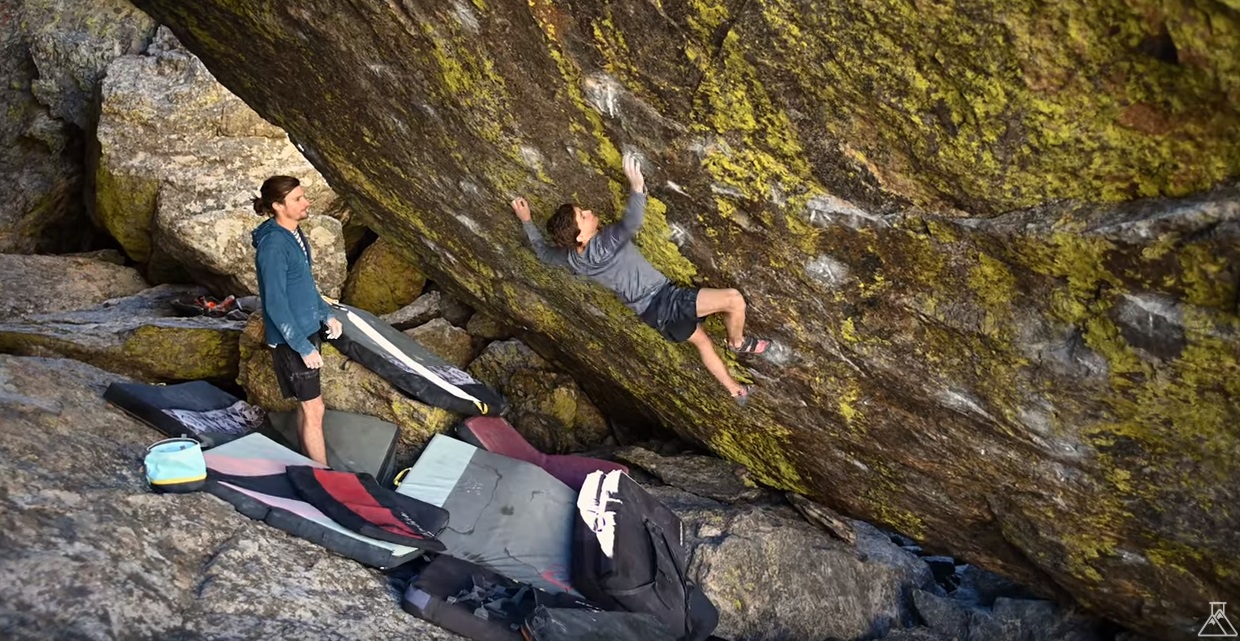