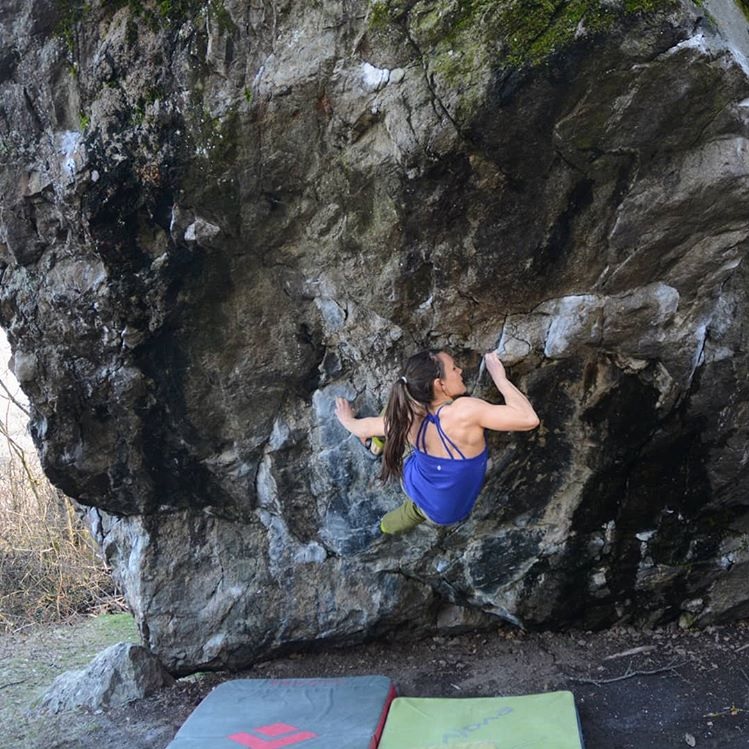 Hier ihre komplette Story bei Instagram: „La Danse des Balrogs“, put up in 1992 by Fred Nicole as world’s first 8B boulder problem. My biggest obsession of the past years. I’ve never put so much effort and heart into a problem. So many days alone under this boulder, so many doubts. So many beautiful sunsets and quiet hours listening to the birds there.
I got quite close in November 2015, returning home very disappointed. But this ‘failure’ really ignited a passion in me, which I kind of forgot I had since starting a software developer career in 2013. Working fulltime really drained me at first. After feeling this obsession again, I felt that I definitely need both worlds. After a long rehab phase after my knee injury in 2016, I did several small trips in 2017, made a bit of progress, but never reached my highpoint from 2015. Maybe because I was doubting myself so much… Such a big drive (>700km) for just a few days, a long weekend… Again alone under this boulder… Often at first struggling to even do the moves.
Fast forward to February 2018. Again a solo trip, again some doubts (about the weather mostly). But maybe the last 6 month have changed my motivation for climbing for the better. I care less about the result and more for the joy I get from it. Happiness is the goal, not happiness by sending.
Weather forecast looked sketchy, first rain, later very cold. I had already settled for driving straight to Ticino, when Andi called me and convinced me to go for ‘just 2 days’ to the Valais first. I arrived in the morning, only to find the whole boulder wet from the rain the day before. Should I just leave? No. I would be happy to just try. After a few hours enjoying the sunshine I could try most of the moves. They actually felt really good! The next day I on my 3rd try the first crux moves felt perfect. When hitting the gaston, I felt strong enough to just impatiently get my left foot up anyhow….After that I can’t really remember. Full-on autopilot mode, even though a did the upper moves only once this trip. Crazy what muscle memory can do. Original start… of course 😉 “ 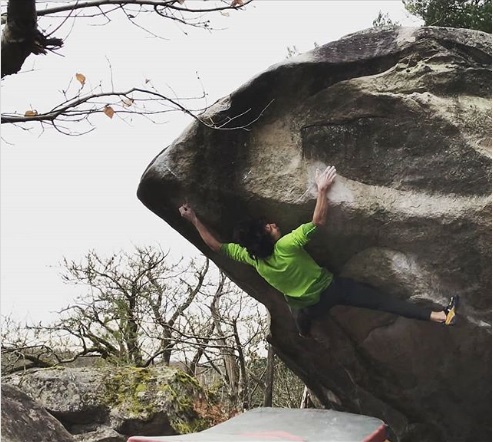 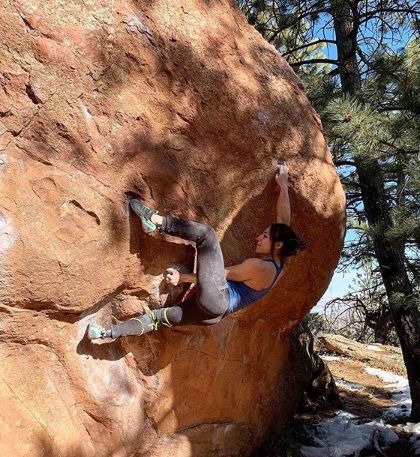 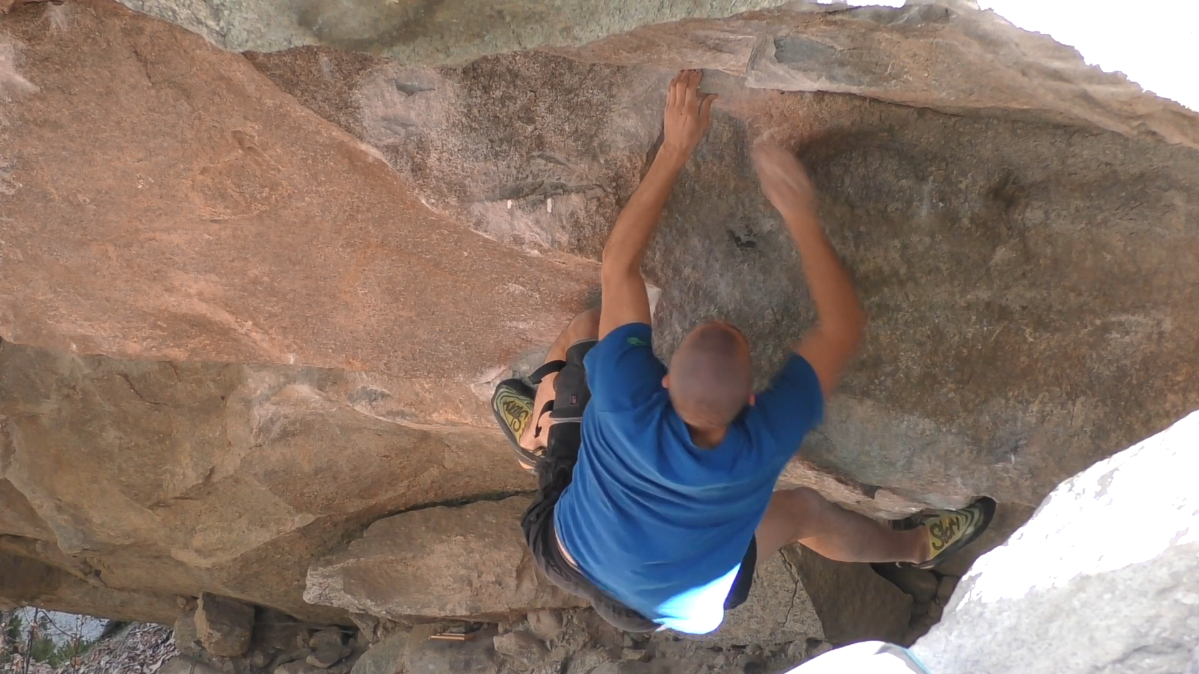 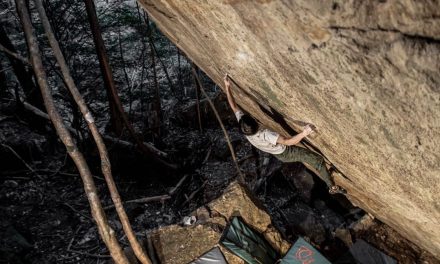