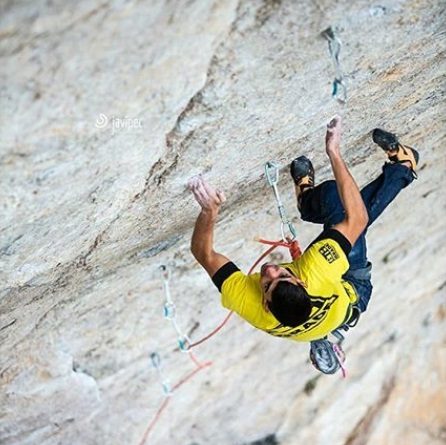 The 19-year-old Spaniard Jorge Diaz-Rullo Calvo reports the first ascent of the route „Circo Ibérico“ in the Spanish Cuenca climbing area. He suggests as difficulty 9a +. It was his third route in this level of difficulty. Jorge also says: ‚Route on the lower range of 9a+, harder than the others 9a’s in Cuenca anyway. Few climbers like Pablo Barbero tried it before and once I tried it I was super psyched to keep trying it‚. Photo: (c): Javi Pec