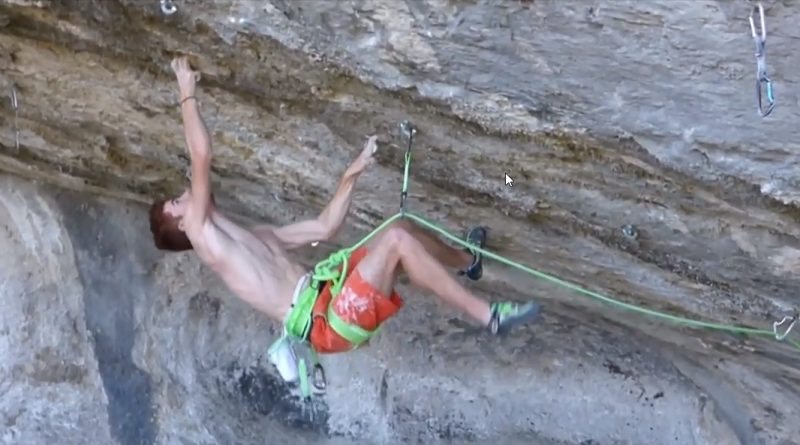 The 18-year-old Frenchman Loïc Zehani sends with „Le poisson pilote“ 9a + his first 9a + first ascent in his homearea Orgon. Loïc could climb with „Sachidananda“ hiss first route in this grade in the spring. He judged his first ascent harder than „Sachidananda“ in the same crag. Loïc: I bolted „le poisson pilote“ this spring. It’s my hardest route (harder than „Sachidananda“ ). It’s a succession of bouldery movements. There are 24 finger movements in a big overhang. I put 15 sessions and I propose 9a+ for this route. I also redpointed „Corrida“ in Fétid Beach (2nd ascent) . It’s a very specific 9a with a lot of one and two fingers pockets. The first 10 meters is in big overhang and after it’s a wall with little one and two fingers pockets. This 20 meters route is also a stamina route with 45 movements.“