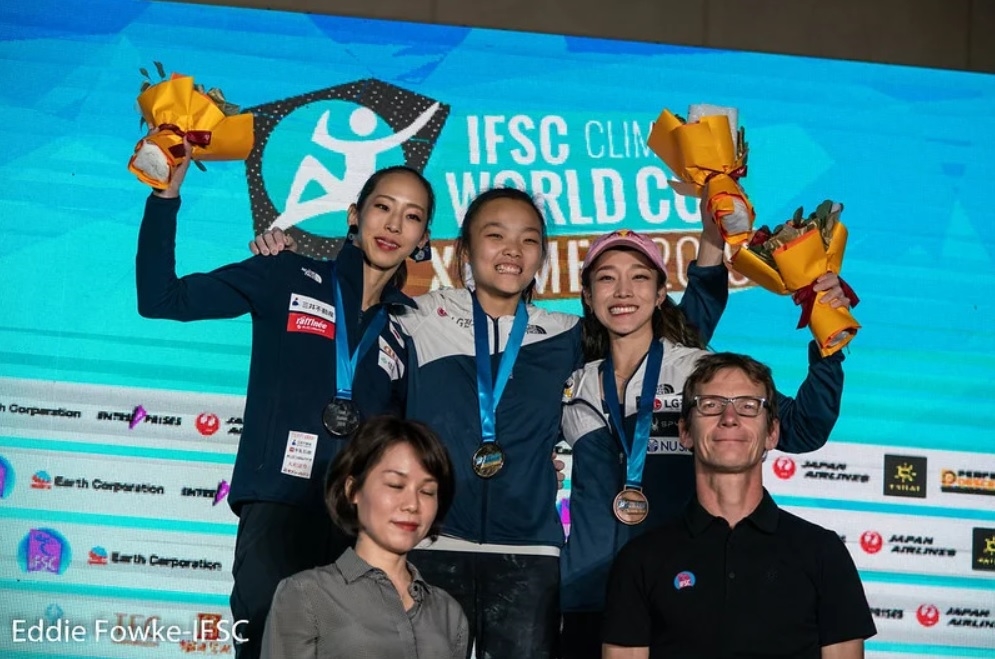 The Lead finals in Xiamen were tight with an unbelievable number of ties recorded at the end of the previous round. As the wall was not as steep as ones from prior competitions the setters needed to be creative to challenge the climbers and looking back at the results it was nearly unsuccessful, but they pulled through for a nail-biting final. After a semi-final that resulted in 2 ties for the men’s finalist, the tension was high. Going into the competition Alberto GINÉS LÓPEZ (ESP), JESSE GRUPPER (USA)and Adam ONDRA (CZE) were tied in second place, while Sean BAILEY (USA) and Taisei HOMMA (JPN) were tied for sixth. If another tie occurred between any of these climbers, the results would be determined by time for the podium places. Tomoa NARASAKI (JPN) who narrowly found a spot on the finals roster started the event with an incredible performance, completing the route in less than three minutes. With such a quick and easy finish, it appeared that the finals were going to go the way of both previous rounds, but a low fall from BAILEY proved otherwise. The leader after the semi-final, as the only climber to get past the crux at hold 31, Kai HARADA (JPN) looked strong as he made his way up the route. He managed to be the fourth climber to find a way to the top of the wall and looked poised to take his first Lead World Cup medal but couldn’t stick the final hold and landed in fourth place. The frontrunner of the overall season rankings, ONDRA finished his finals run with style by asking the crowd to cheer for him before securing the final clip which ultimately granted him his third gold medal of the Lead season. HOMMA took the silver while his compatriot NARASAKI claimed the bronze.

ALL IN THE TIMING

The women had even more ties than the men going in the final half of the evening. Japan’s Ai MORI and Lucka RAKOVEC (SLO) were tied for eighth, legends Jain KIM (KOR) and Akiyo NOGUCHI (JPN) were tied for fourth, while Janja GARNBRET (SLO) and Chaehyun SEO (KOR) were both in first. RAKOVEC made easy work for the route only to miss the final hold, bringing worry that the set might be too easy for the climbers and results would have to be determined by time. The first to successfully top the wall was KIM with 4 seconds remaining on the clock. Her result was immediately beaten by NOGUCHI, tying the two athletes again, but NOGUCHI moved ahead due to her faster climbing time. NOGUCHI got the silver, while Kim took home the bronze. The top two climbers of the season were the last ones out and despite looking shaky on the final move, SEO secured the clip with a minute and a half left. The only person in her way to yet another gold was GARNBRET. The Slovenian blazed up the wall and reached the final move with over two minutes remaining and looked to have finally reclaimed her spot on the top of the podium, but in her attempt to dyno to the hold she missed to place fourth. With her fourth gold medal of 2019, SEO is the undisputed Lead Season champion.   Text: (c) IFSC The complete results for the IFSC Lead World Cup Xiamen 2019 can be found on the official event page. Text:(c) IFSC 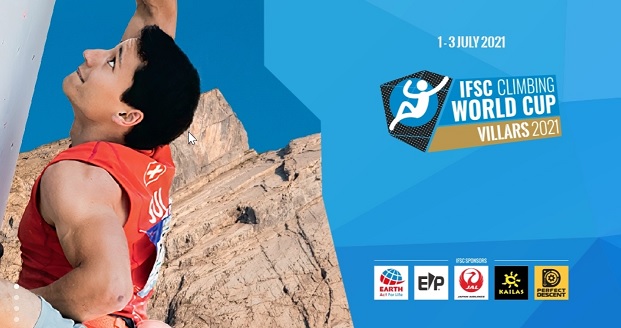 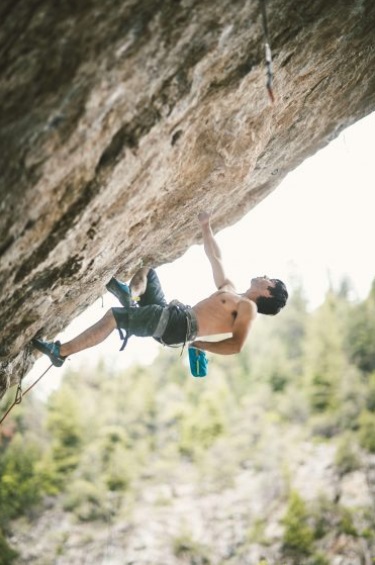 Thilo Schroeter managed with "Agnes Buen" his first 9a