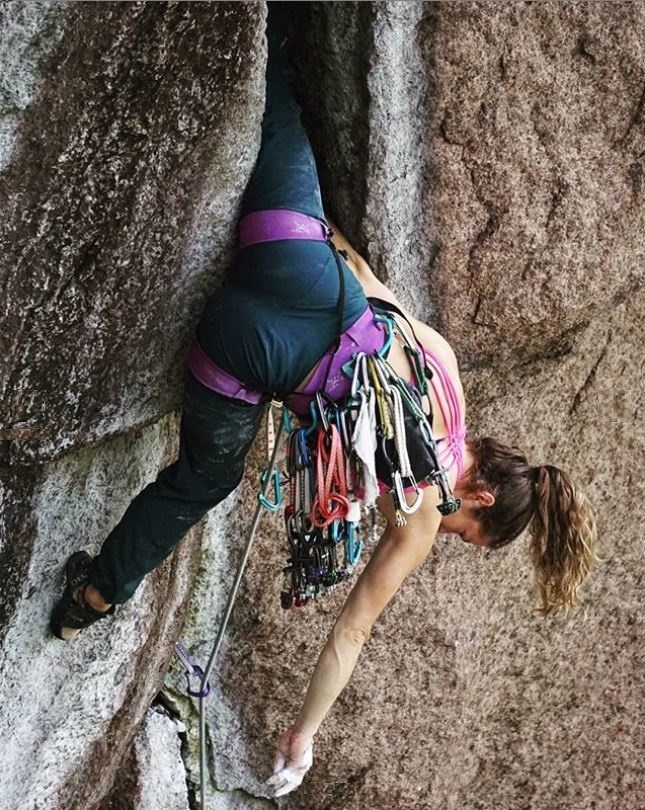 The Canadian Emelie Pellerin manages the trade route „La Zébrée“ 5.14a in val-David in the state province of Quebec. The route was first artificially ascended by Alain Haunault in 1972 (A2). 18 years later himself François Roy freed most of it, he left it 5.13d/A0, with the A0 moves being in the middle of the route. Jeff Beaulieu will sends the first clean ascent, but with preplaced gears. In 2008 it became J.P. Pouellet in the correct style, like now climbing Emelie. And Emelie didn’t have the best of conditions.

„Can’t believe I sent it! Sérieux j’y crois pas! 13 years ago, the blue-hair-metalhead-me walked underneath that testpiece. I dreamed that, one day, I would be the one who’s up there climbing it.

Took a while, but I did! Officially got the most authentic ascent of the route… climbed it in its usual state: WET!

Sometimes the odds are against you, but it doesn’t mean that you don’t stand a chance… it only makes you believe that you don’t, thus lower your expectations & stress level – just to help you send it

@stmicheljerome @_alexafay and I walked up to the route (or should we call it a waterfall?) we laughed at it being just impossible in these conditions. Well, funny enough, I swam up it like a champ, slid off foot holds, fought off rugs and sponges on the go, it was all but gracious… but I held on…

It marks a personal milestone in my climbing life, a one which I would never have achieved without the support of my friends and family.“ 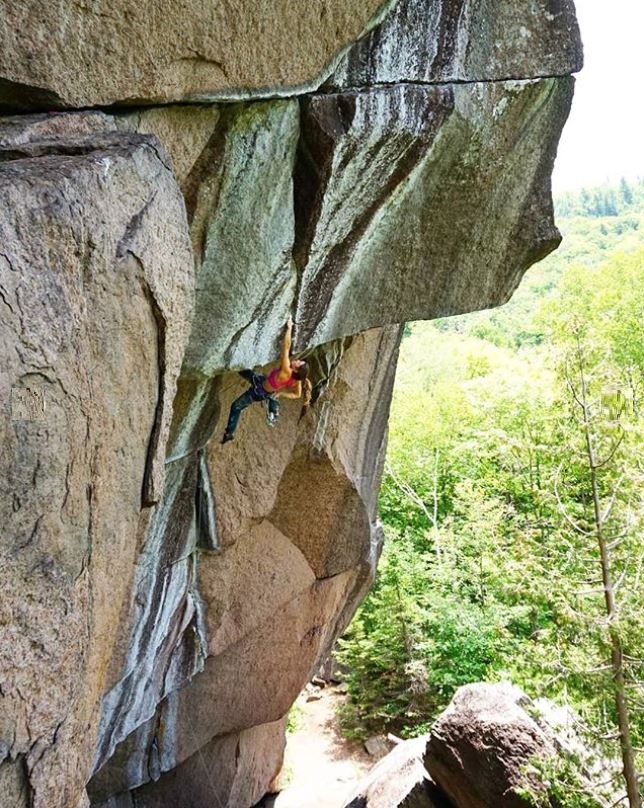 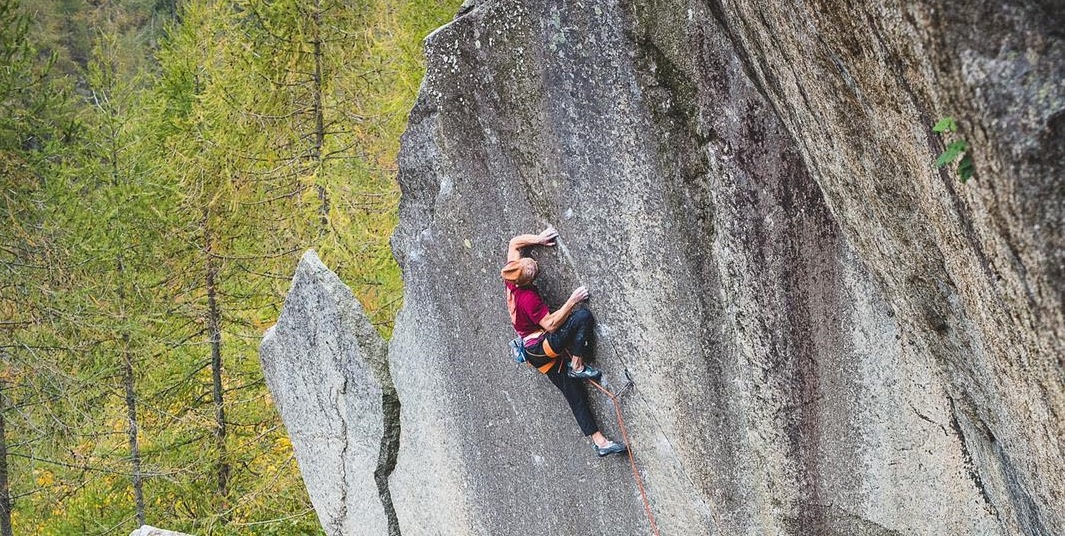 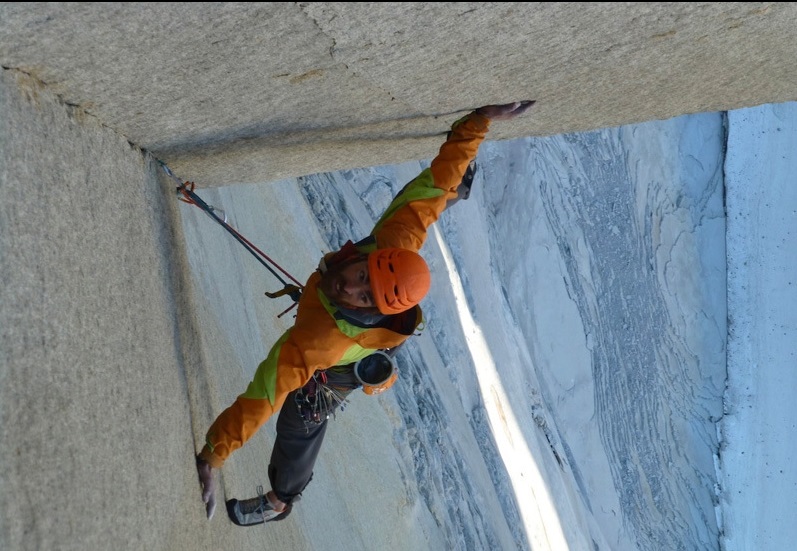 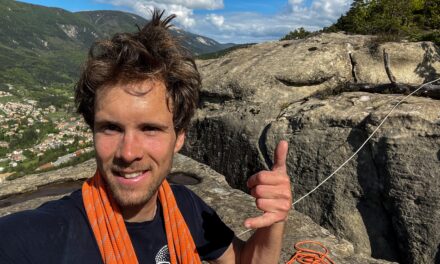 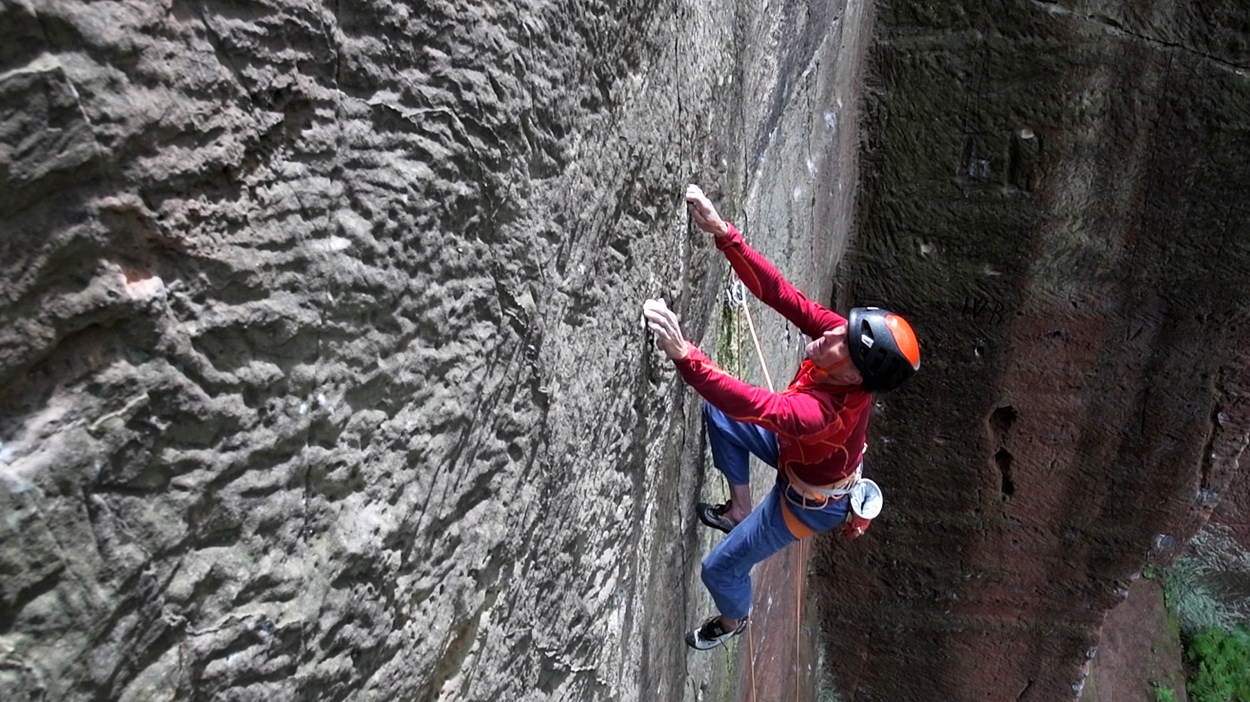 Steve McClure has made the first ascent of GreatNess Wall (E10, 7a)