The Story of Two Worlds" (8C) by Alexander Megos 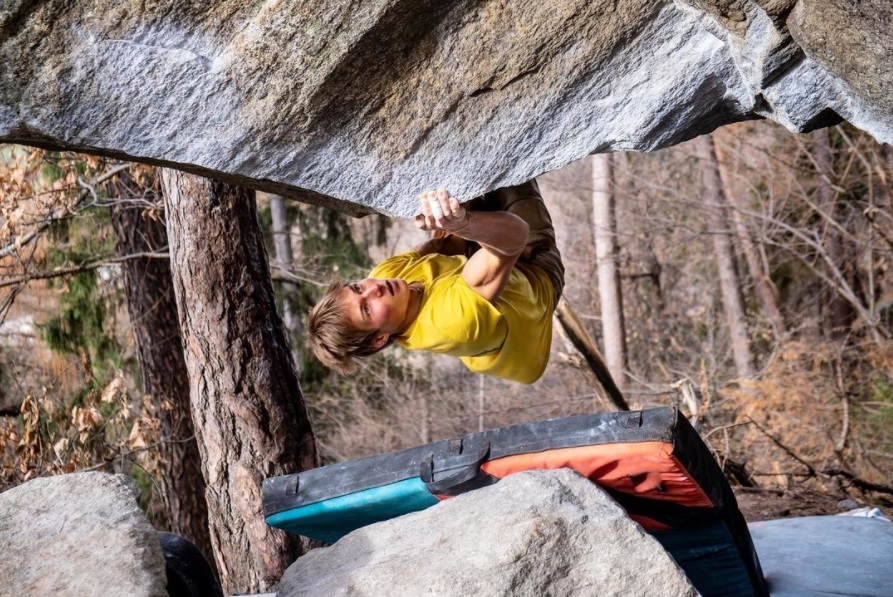 After an ascent of „Dreamtime“ (8B+/ C), Alex Megos sends another Swiss bouldering classic. Consciously without Kneepads, Alex could now do the 27th! ascent of the boulder. Alex deliberately refrained from using „Kneepads“ and thought about the „HOW“ after his ascent. In other words, he means that much more should be communicated about the „HOW“ of ascent, for example to also appreciate the performance of the first ascent:

„Short but great trip to Ticino with @yannick_flohe and @hungrylatvian came to an end. After doing Dreamtime, I set my sights on the famous @dave_graham_ test piece „The Story of Two Worlds“ on the other side of the boulder. There are various videos online from lots of different climbers, all theoretically climbing the same boulder and claiming the same grade- 8C. It seems like the climbing community is not differentiating at all and rarely mentioning HOW things are climbed. This issue was recently brought to my attention after the discussion about @yannick_flohe ’s „dab“ on Dreamtime. Climbing and especially bouldering is all about the HOW. Even more surprising though was the fact that people don’t really seem to care too much about the HOW, although it is supposed to be the most important part of climbing/bouldering in some people’s eyes.
After watching all those videos of „The Story of two Worlds“, I noticed there are huge differences. Some use a kneepad, although the FA was done without. Most sit down to start, some don’t. One climber (@dai_koyamada) started lower than all the others and didn’t use a kneepad. And in the end they all climbed the same 8C? That thought seems very alienating to me.
Yes, climbing is a funny sport and it’s not only about getting to the top. It’s HOW you get to the top. I would wish for more awareness within the climbing community, that there are differences in ethics, styles and grades. We, as climbers, should be more open about it and communicate HOW we have done certain climbs. Ticking a grade shouldn’t be the most important part of climbing. Climbing is so much more than that.
There are differences in HOW things get climbed and we should acknowledge those.
Glad I managed an ascent of „The Story of two Worlds“ on my last day. I valued climbing it without a kneepad and I did (barely). I’d say 8C seems about right. A little too much fridge hugging for my taste though.“

Whether this is a swipe at Adam Ondra, who is in vain despite „Kneepads“ in Alex on his first ascent „Perfecto Mundo“ (9b+) remains to be seen.

This year Alex was able to set some strong bouldering accents, especially at home in the Franconian Jura, in addition to the first ascent of „Bibliography„, which was probably the most outstanding. In addition to the second ascent of Half Life „(8C), he was also able to climb“ „Upgrade U“ (8C) „for the first time, probably the hardest boulder in Franconia after the destruction of“ Gossip „. 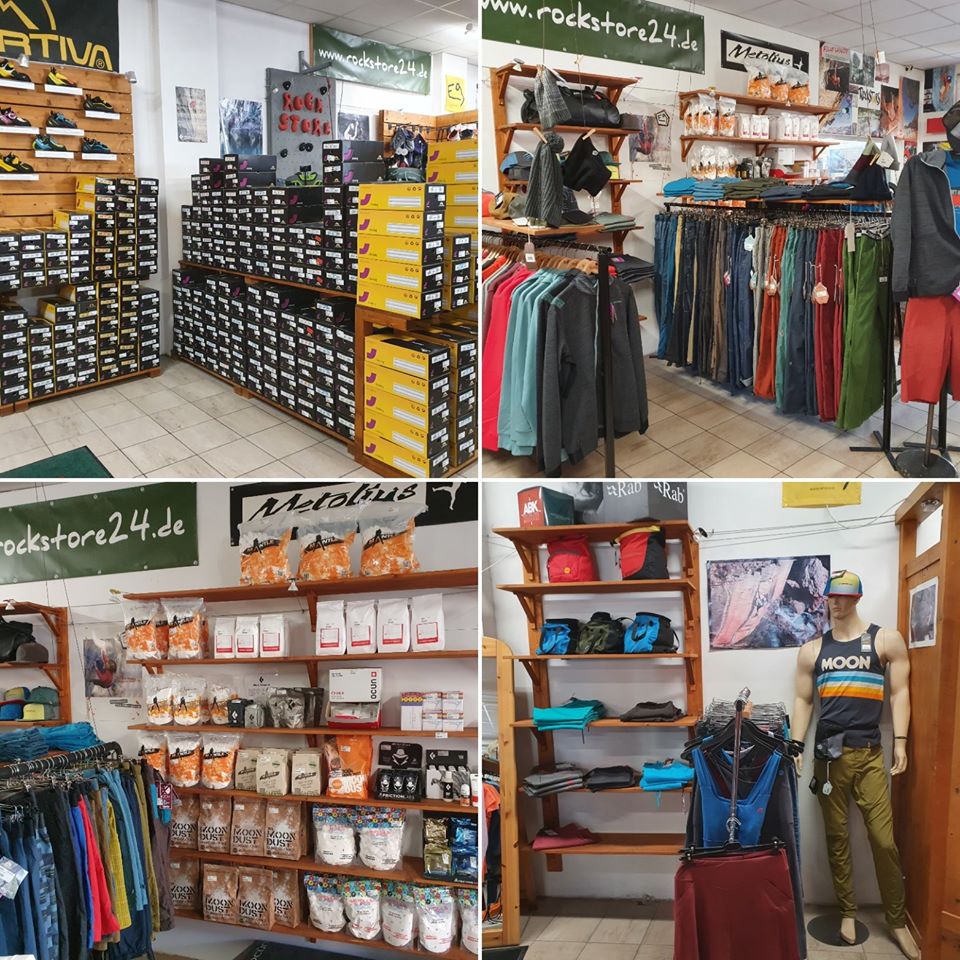 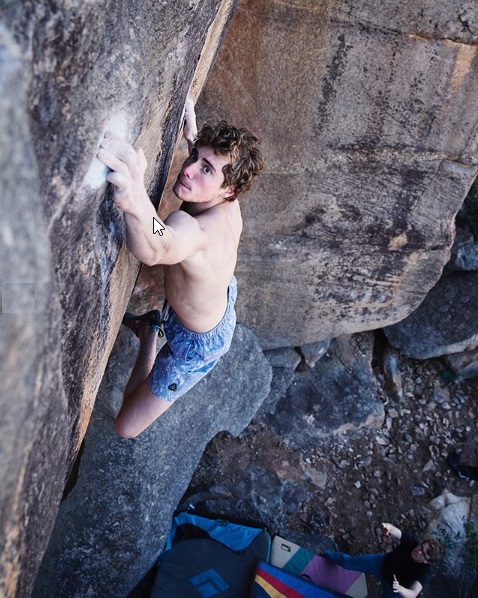 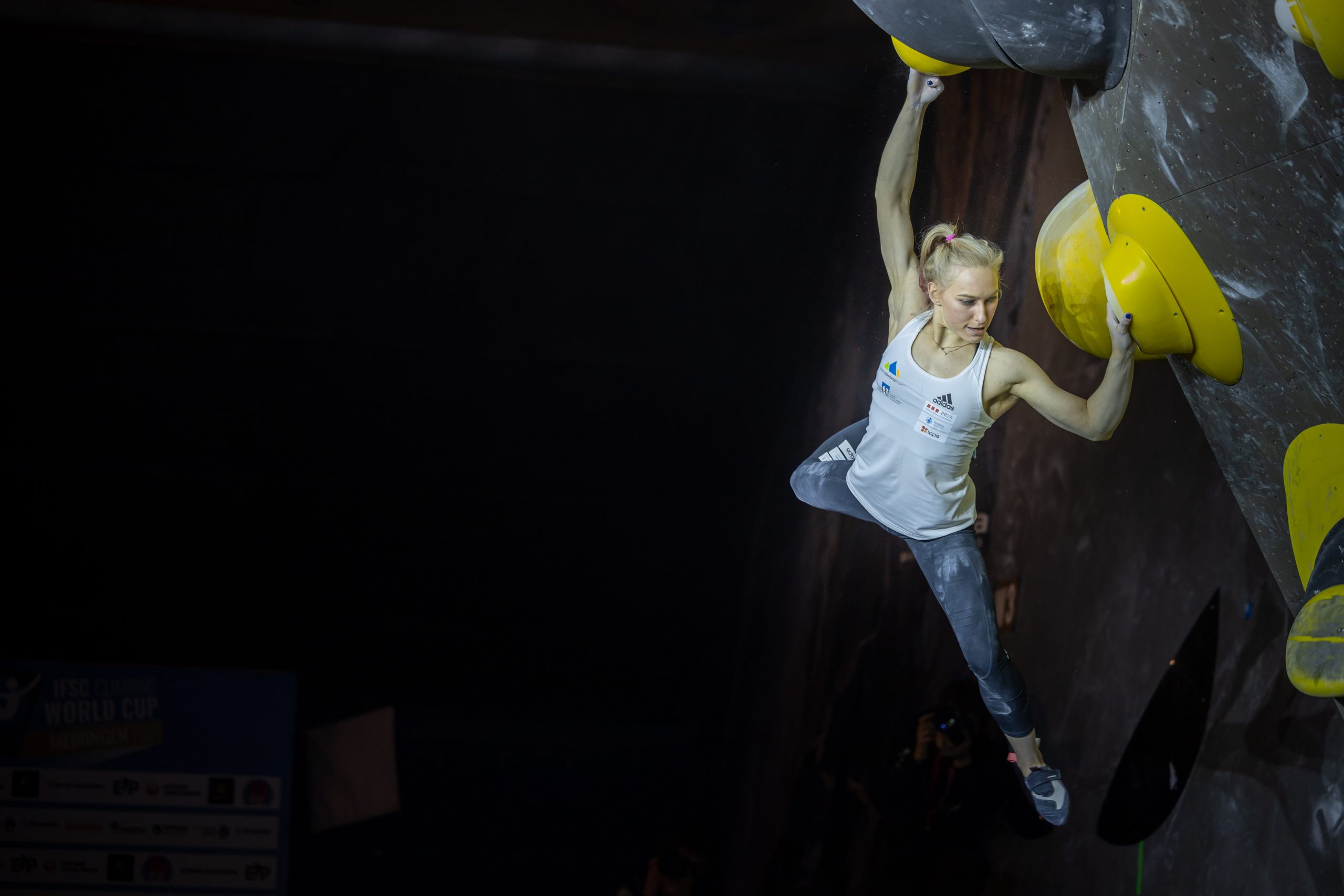 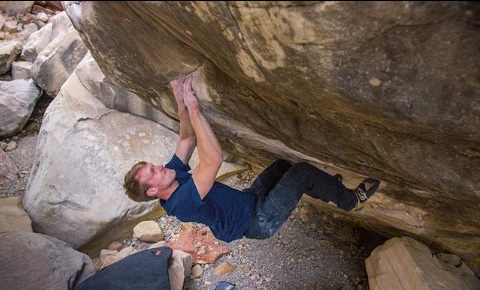