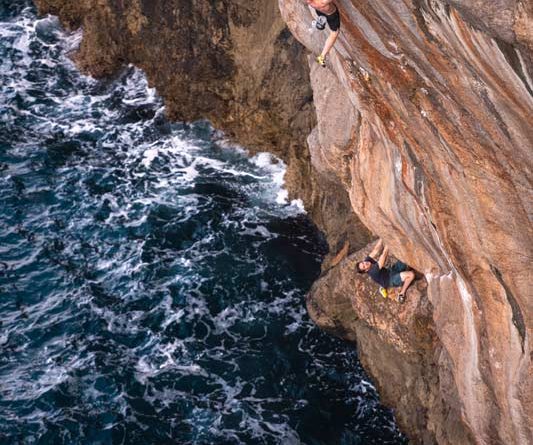 Jakob Schubert, the newly-crowned lead world champion, has probably enough of artificial holds at the moment and has been on the holiday island of Mallorca since the beginning of October. There he has taken on the DWS (Deep Water Soloing) route “Alasha“. The route in the Cova de Ses Puntes near Port de Sóller was first free climbed by Chris Sharma and is considered one of the most difficult, if not the most difficult DWS route in the world. The key section of the route is at a height of 18 metres, so the motivation to let go is limited.

Jakob was able to cope with the route quite well and downgraded the route to 9a after his ascent. But he says: “Thanks for finding and establishing this perfect route Chris Sharma Grading in dws is difficult and weird, I will post more about what I think soon.”  Let’s see what he has to say about that.