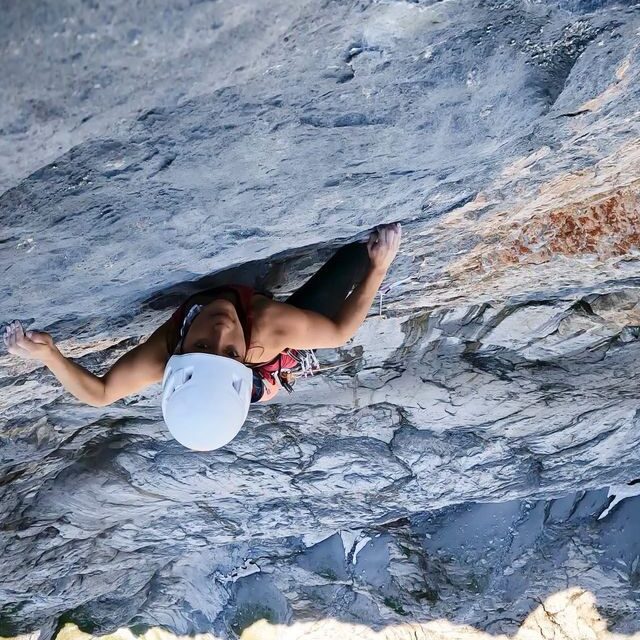 The Swiss all-rounder Katherine Choong sends her most difficult multi-pitch route to date with the route „Hattori Hanzō“ (8b+/X+) on the north face of the Titlis. The redpoint ascent was done in one day. The route was bolted and first free climbed by Matthias Trottmann on 16 August 2013.

The route starts with four moderately bolted slab pitches (5b, 6b, 7b, 6c). In the crux pitches, the wall steeps up to a long impressive overhang (8b+, 8a+, 7a). Here, Katherine and her partner Jim Zimmermann naturally had a hard time.

And the best part is that my partner Jim Zimmermann also sent the route on the same day Located in the north face of the Titlis this route was a great mental and physical challenge ! I led all the pitches, one after the other. Jim top ropped the 4th « easy » first pitches and I belayed him on lead for the 3 last pitches.

The route starts with 4 vertical slabs pitches which on paper are graded „easy“. Only one bolt in the first one, a few more in the following ones, very small holds, the approach is already quite tough mentally before arriving at the start of the crux pitches which follow in a long impressive overhang. We faced many failures, falling in the run-outs of the crux pitches and so unable the first time we tried the route to climb to the top ! But the magic happened and day after day, thanks to our mutual support, we could figure out the moves and finally climb all the pitches.

I would like to thank Matthias Trottmann who did the first ascent in 2013, for the massiv work he did when he bolted this route on this impressive face and for all the information & advice he gave me! 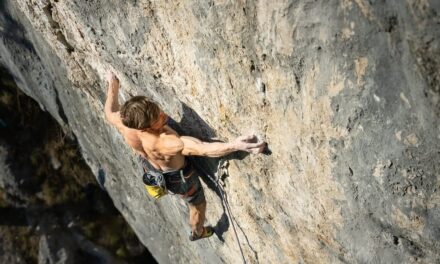 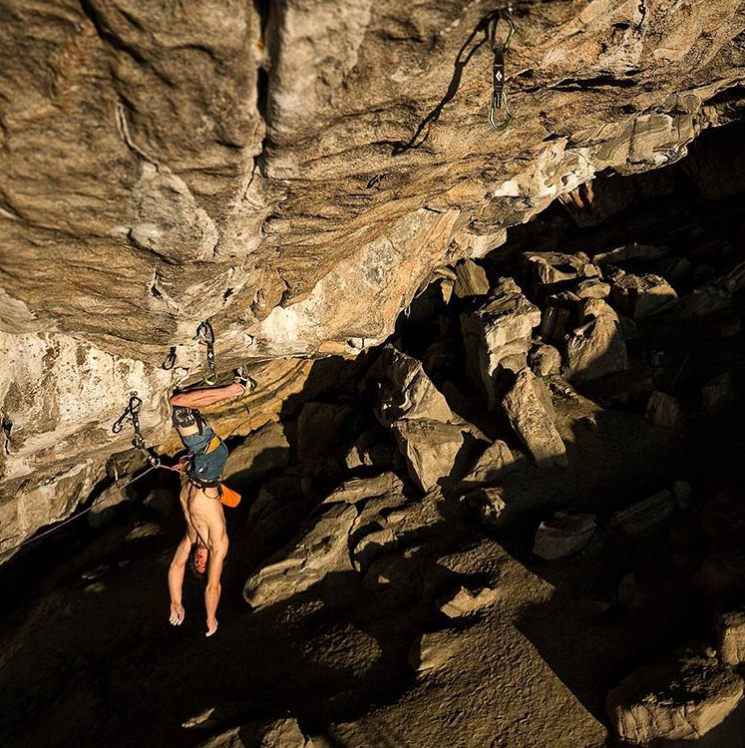 Why I graded Silence 9c - Interview with Adam Ondra