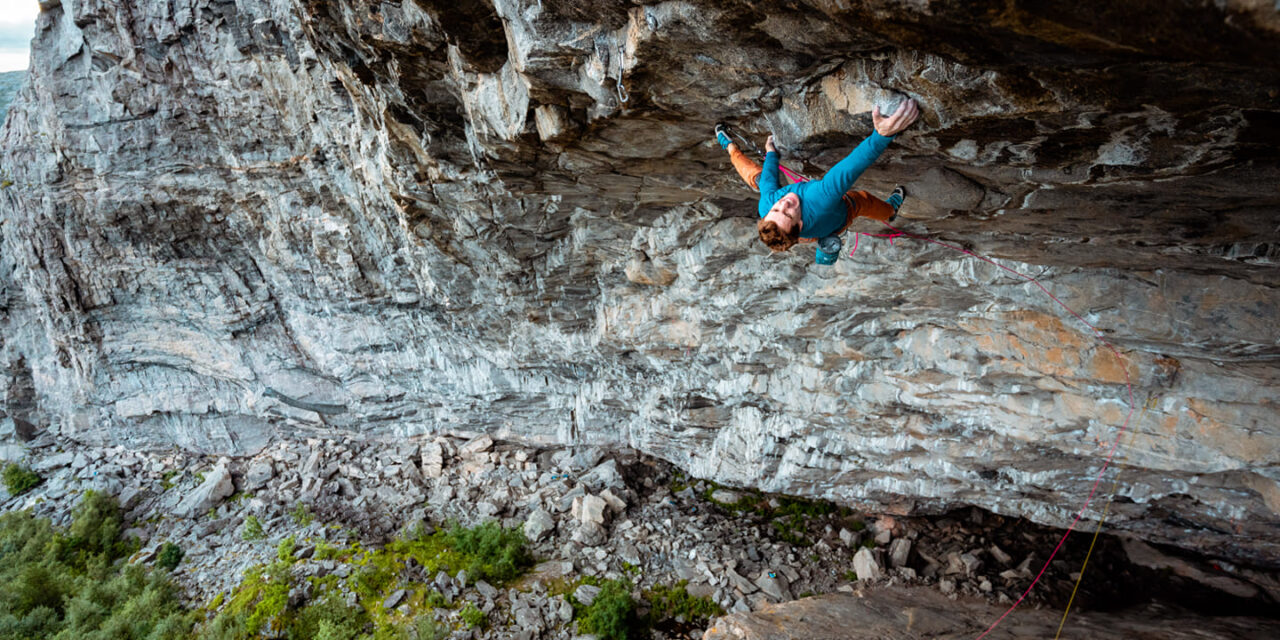 As already reported, after the first repetition of the Adam Ondra route „Iron Curtain“ from 2013, Seb Bouin tried his hand at the mega-project in the Hanshallaren Cave in Flatanger (Norway). The route combination of „Nordic Plumber“ 8c and „Thor’s Hammer“ (2nd SL) 9a+ as an exit over the complete cave roof requires a fair amount of strength endurance at 130 metres! route length. But Seb is a specialist for long sport climbing routes and was now able to finish the project and first ascented  „Nordic Marathon“ 9b/+.

The enormous rope pull of the route forced Seb Bouin to change ropes and to have a little adventure. Shortly before the end, Seb had to untie the binding and climb the last five to ten metres rope-free. But the climb out of the Head Wall was really easy, said Seb Bouin.

Sebastien will certainly still try the much harder variation with „Move“ 9b/+ as a start. Another potential 9c project…

He got the idea for this „complete“ route from Adam Ondra, the second „Local“ in the cave.

When Adam told me about his project to cross over the cave, and go from the ground to the summit, I was immediately amazed by this idea.
The main goal of my trip was to check out this monster.
The idea was big, really big. But it’s definitely the kind of challenge which attracts me.

As I explained in my previous post, there are three possible starting routes, each offering a different grade. Starting with:
Nordic Plumber 8c
Thor’s Hammer 9a
Move 9b/+

Whatever the start, it is then followed by a cruxy 9a+ (Pitch 2 of Thor’s Hammer), with a repoint crux at the end (at 80m).
My ultimate goal would be to do it by the hardest possible combination: Move.
In the previous years, I already spent four travels to do Move (9b/+). Imagine starting from this one and finishing by a cruxy 9a+…

However, I knew this would be too hard for a single trip. So first I decided to start from the easiest line (Nordic Plumber 8c) in order to get an idea of the challenge, and to be psychologically ready for the end when I start trying the harder version.

After first working and sending the second (9a+) section by jumarring into it, I then started trying from the ground, trying to link into it from Nordic Plumber.
It changed so much the end. Coming into the 9a+, with my arms already so pumped in the last crimpy crux after 80m of climbing was insane.

I was falling there a few times. And then falling on the previous cruxes as well.

The sheer size of the route makes it hard mentally. You can have one go every two days. It’s so much climbing, in one intense burst that you simply can’t give two goes in a day. Then if you want to be as fresh as possible, you need a rest day in between.

So it was quite hard psychologically to only give it one burn every two days.
The pressure felt so high in this last crux.

The rope drag was also insane. Even if I had already switched ropes once during the route – I had to untie my knot and free-solo the last 5/10 meters (really easy climbing)

Nordic Marathon is my pure climbing style. Endurance, big moves,…
The line attracted me by its size.

Thanks Adam Ondra for sharing this idea. 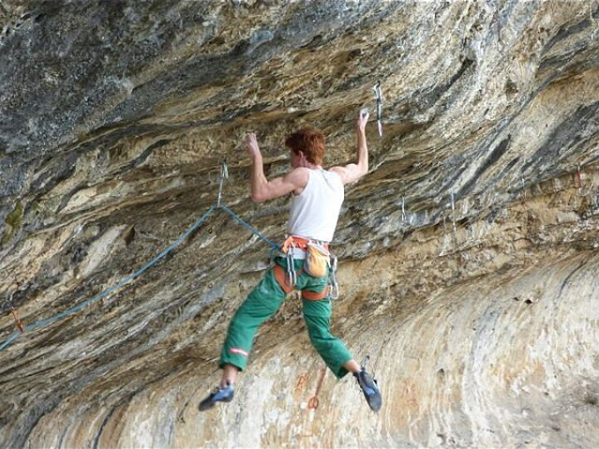 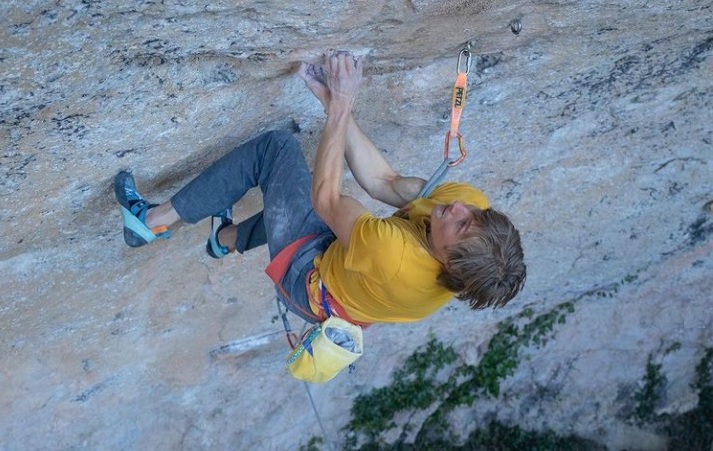 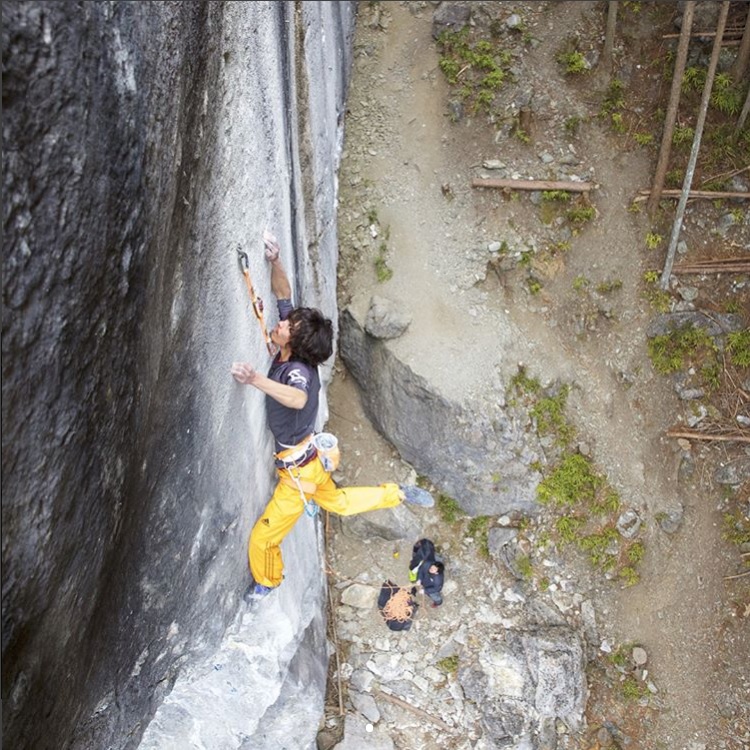 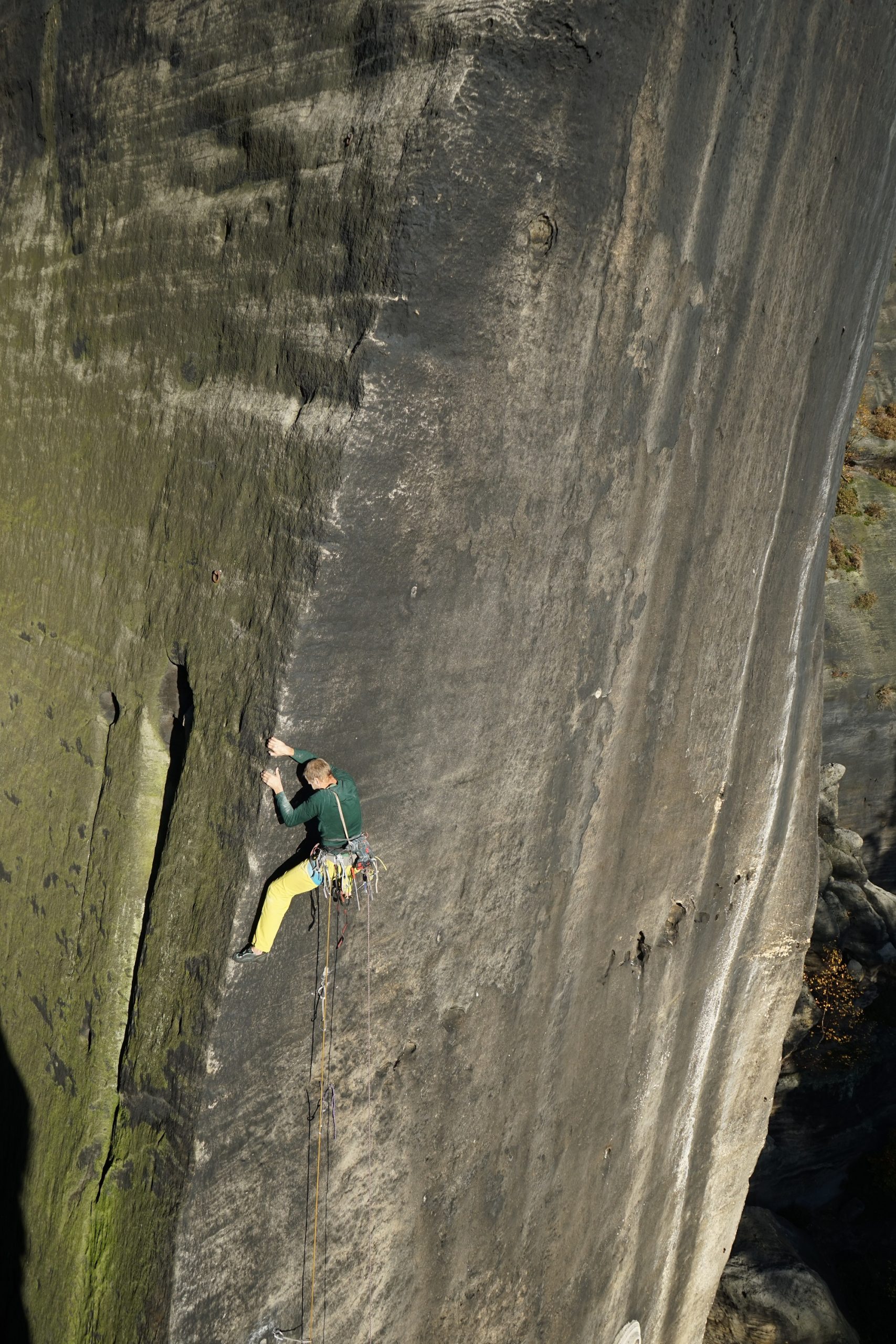