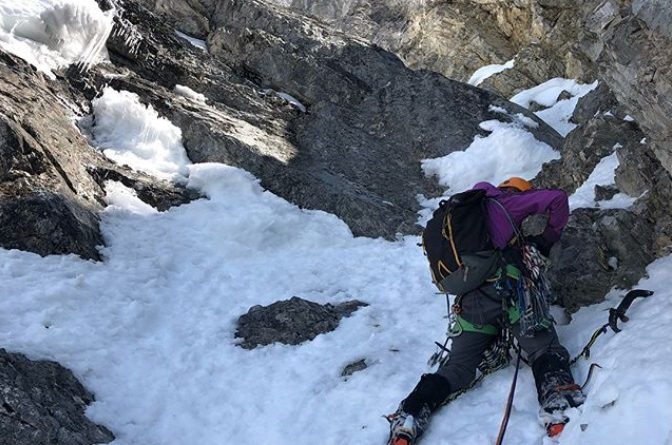 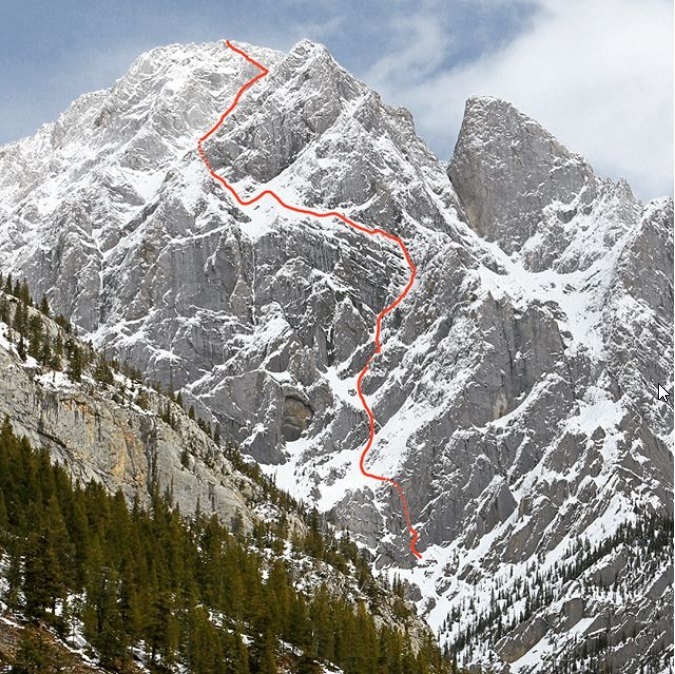 Brette meint dazu bei Instagram: „Rose Pearson and I put up a new route on Mount Blane yesterday. Life Compass IV 5.10a M4+ 80 degree, TD+, 980m of climbing After having seen the mountain for my first time while driving the Spray Lakes road a few days ago I noted this stunning line linking the large features on the right side of the west face. Rose and I had climbed The Slawinski/Takeda on Mount Athabasca two days previous and were stoked for another alpine line before the season ended. The climbing included lots of steep snow and precarious rock and mixed. We summited at around 8:30pm then spent the next few hours navigating the knife edge ridge with hefty cornices. The nightly winds were strong so it took us quite a while to get off the ridge eventually making three long 70 meter rappels into a nearby gully where we then progressed into hours of front pointing and down climbing on spring snow.
We have named it Life Compass for a number of reasons. Primarily because my life has taken such a sudden 180 degree turn since the loss of Marc in March and alpine climbing has been my guide. I dedicate this climb to my climbing mentor, partner and love Marc-Andre who would probably solo it the following day 😉 if he was here.
Mount Blane is very large and complex, so Life Compass requires navigation and time efficiency. I will post a more detailed description soon.“ 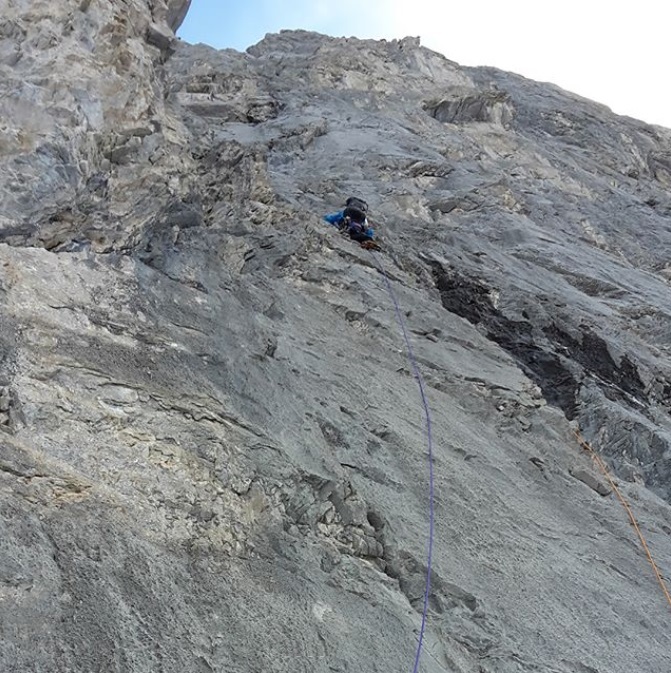