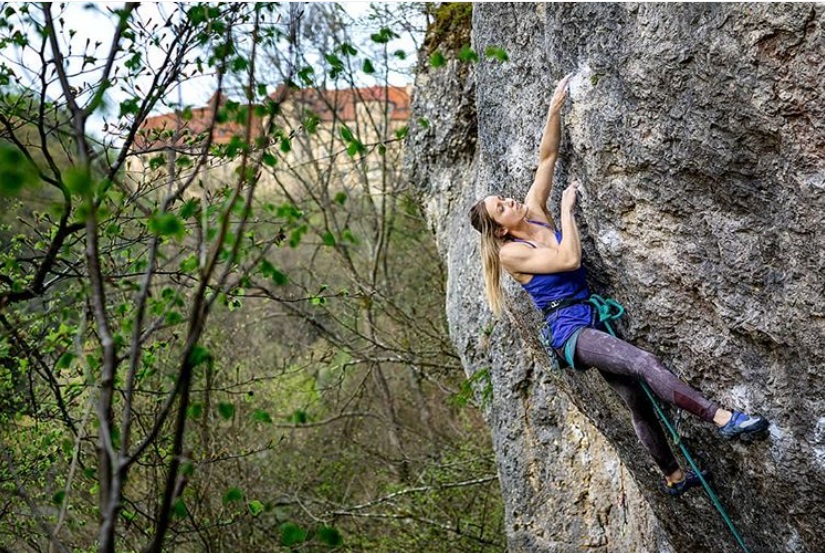 Lost Schnuller is the left exit of Schnulleralarm. After the crux of Schnulleralarm it is important to stay fresh,
because all the difficulty comes down to a hard three moves boulder problem nearly at the end of the route.
The weeks before I focused mainly on working on this final crux. Sunday was the time to give some tries ground up:
My first two tries were tiring already, I fell off the final Crux both times.
During my final go my skin was hurting so much that I wasn’t expecting to do much more than a few moves.
When I passed the crux of Schnulleralarm I felt good but the sun was shining straight into my face.
I was sure that with the sun shining on the rock, I wouldn’t have any chance in the upper boulder. But I didn’t want to let this thought win.
I rest a few minutes on a good jug, switching hands and chalking like crazy, as I would be climbing in the 30 C°.
I tried hard to rest as good as possible to get rid of the pump. As a boulderer I´m not used to relaxing on jugs. My legs were shaking,
fearing to slip off because of my old climbing shoes.
When I finally felt like I would be ready to fight my way up to the crux, I left the jug and traverse to the left.
When I entered the crux I felt the exact same pump as during my previous tries, but I kept on fighting. I crimped all I could on that sharp two
finger crimp to snatch up high to reach a sloppy crimp: the crux move that kicked me off already so often.
Suddenly I stuck the crimp, my mind seemed to be frozen for a moment: this was the moment I was dreaming about for such a long time.
I still had to fight a lot to get the last few moves done. When I finally clipped the anchor my inner self was jumping and screaming out loud
from the excitement. I smiled and enjoyed this really awesome and rare feeling of finishing a hard project for the rest of the day. 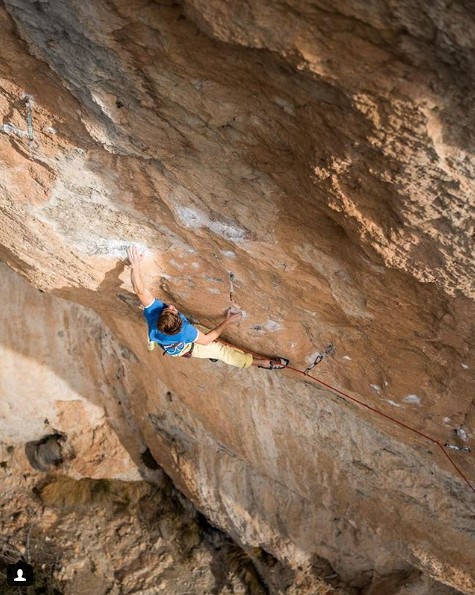 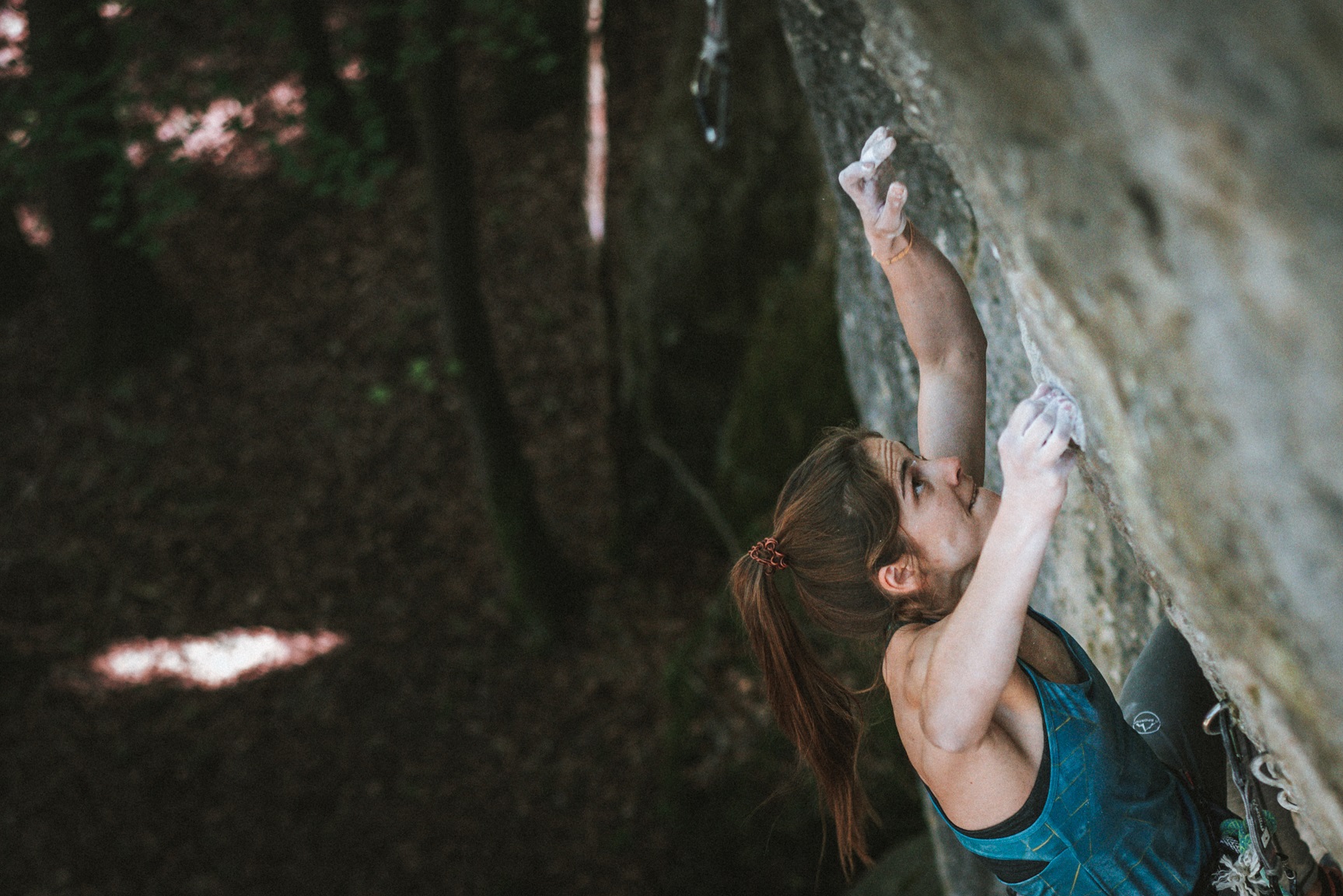 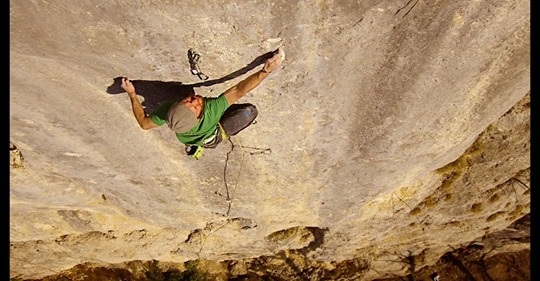 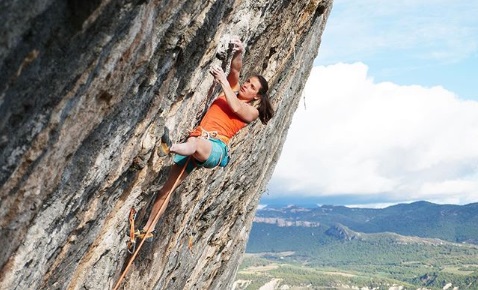