As we learned via the YouTube channel of „mellow„, Shawn Raboutou, currently probably one of the strongest boulderers in the world, was able to cause another sensation with the first ascent of the boulder „Alphane“ in the Swiss bouldering crag „Chironico“ in Tessin. In the 17-minute video by Ben Neilson, you learn about it rather „casually“.

The young US-American only let the cat out of the bag in August. In April, Shawn sends this project by Dave Graham after about 25 sessions. „Alphane“ is the boulder „Alphane Moon“ 8B+ followed by nine hard moves in grade 8C.

Daniel Woods and Jimmy Webb, who were present and of course trying, confirmed the grade. Also Aidan Robert and Simon Lorenzi, who also tried the boulder. The boulder „Alphane“ (9A) might be the most difficult boulder in Switzerland, maybe even in the world.

So far, all 9A boulder problems were devalued by their repeaters. Only the unrepeated boulder „Burden of Dreams“ by Nalle Hukkataival, as the first boulder proposed for 9A, as well as „Return of the Sleepwalker“ by Daniel Woods are still resisting a repetition and have thus not yet been confirmed in grade 9A.

Shawn Raboutou, himself is now one of the best boulderers in the world. He has been credited with three 8C+ first ascents so far . In 2018, he was able to open up „Off the wagon low„, probably the most difficult boulder in Switzerland to date. In total, he now has six 8C+ boulder on his account and now also a potential 9A boulder. According to rumours for months, Shawn has probably finished another 9A project…. 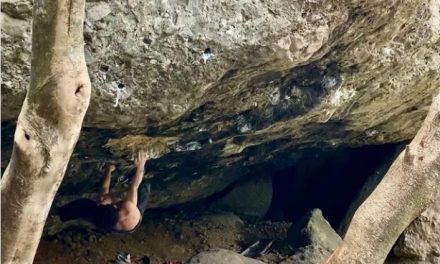 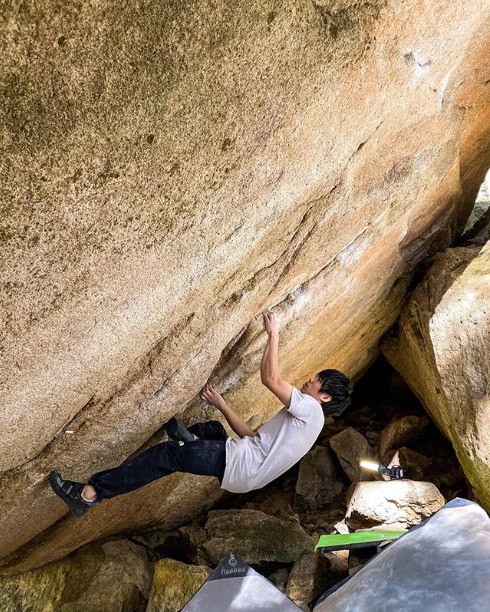