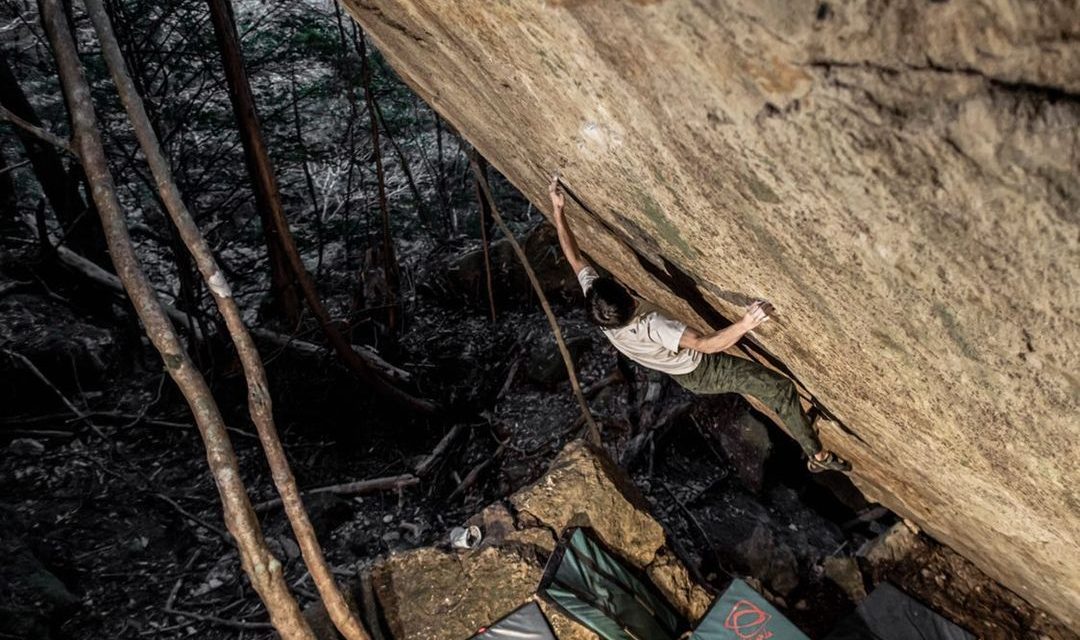 „I had spent this spring season trying Epitaph, which was unclimbable due to missing key holds, instead of being able to try the BOD. The rock is soft, and several holds had been missing since @dai_koyamada ’s attempt and the first ascent. Immediately after @ryu____1 ’s second ascent, the most important hold was lost, and the route was considered impossible.
I had only passed alongside the route, but I knew there were some slight edges left in the remains of the missed key holds. After I completed other Hourai targets such as Vanitas and Idea, I started trying last March. Surprisingly, the crux felt far more realistic than it had been previously thought. I began to try it intensively this year. The process went better than expected, and on the ninth day, I passed the crux from the beginning. Unfortunately, I slipped and fell shortly after, but I was confident of my near completion of this.
However, as conditions rapidly worsened as the season ended, I began to be troubled by rain and condensation. In addition, my left knee, added resistance by heel-hook, was almost broken by my intense try. The next four days were physically and mentally challenging, but I finally managed to complete this on the 13th day of the attempt.
You may wonder how difficult this was… It was V15 on the second ascent and has gotten a lot harder since then, so I guess V16 is reasonable. Unfortunately, the key hold crystals were taken off when I completed the climb as well. This rock is „perishable“ in a way. Many people don’t like it, and in fact, I also prefer solid rock. But there is more or less the risk of missing any hold on any rock. So if you have a kind of dream problem, you have to try it right away!“ 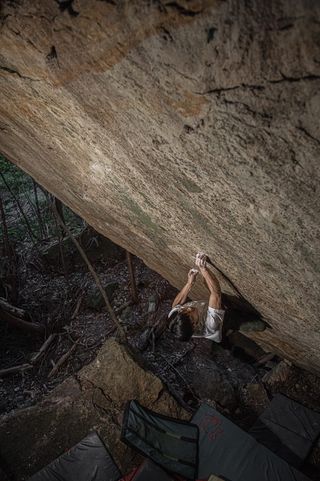 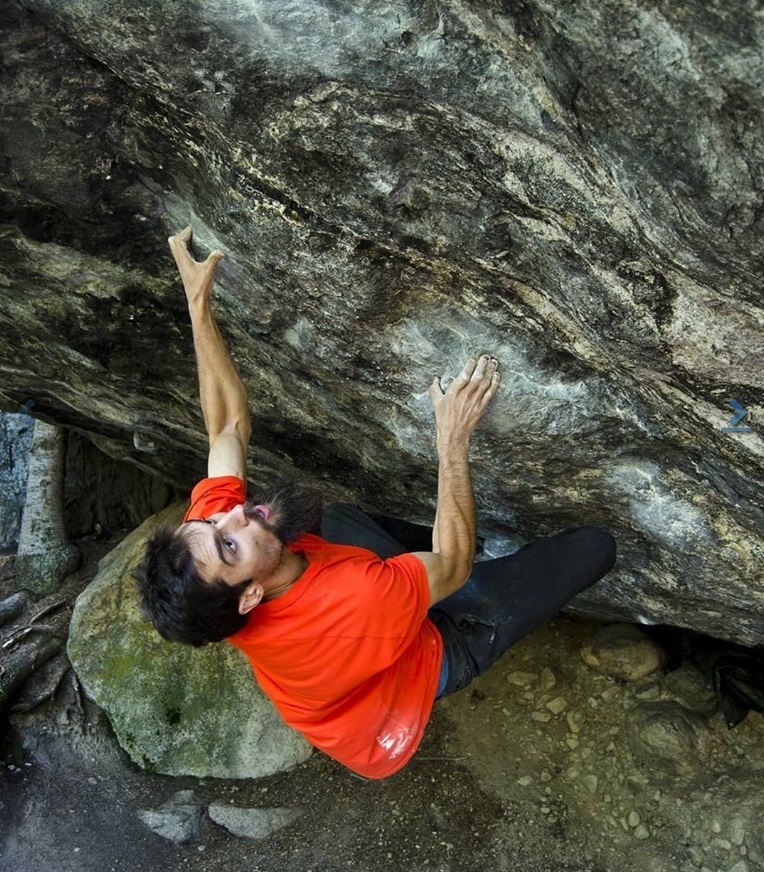 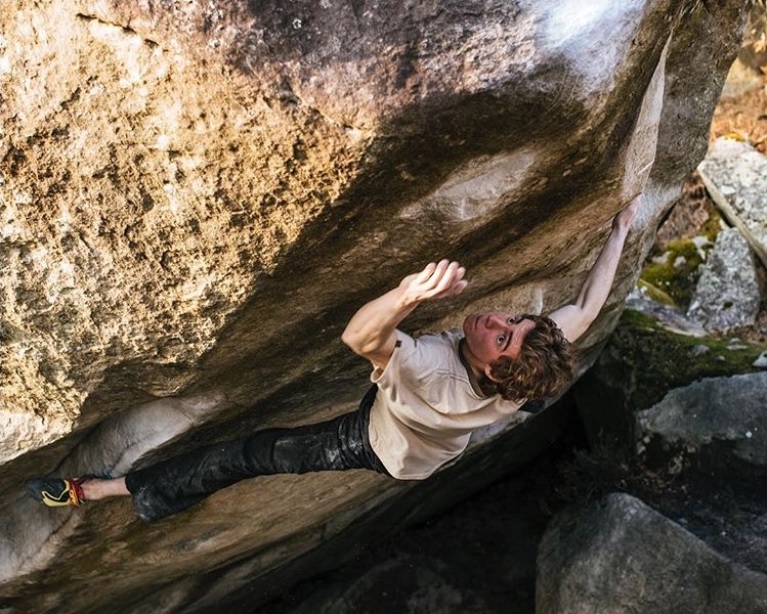