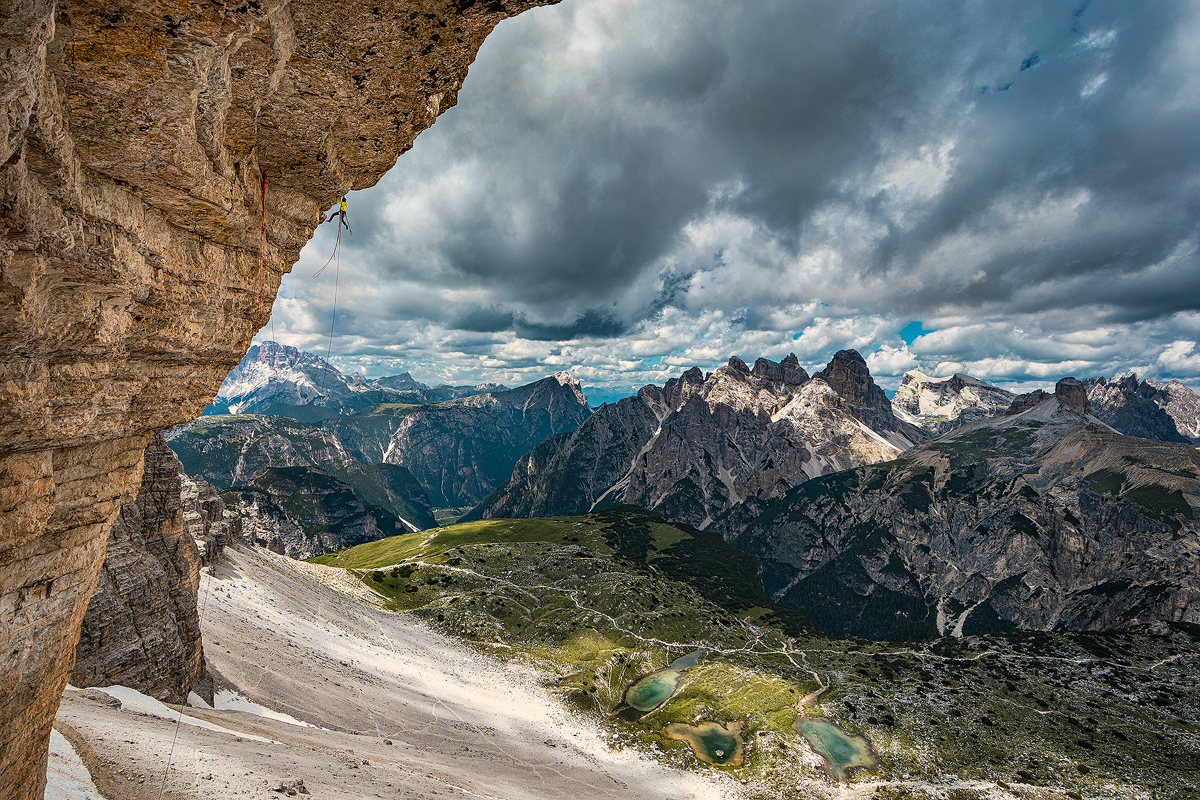 The Pole Lukasz Dudek can fulfill a dream with the rope solo ascent of „Bellavista“ (XI- / 8c). After Hansjörg Auer, David Lama, the Pou brothers and Heli Kotter. It was only the 7th free ascent of the route. 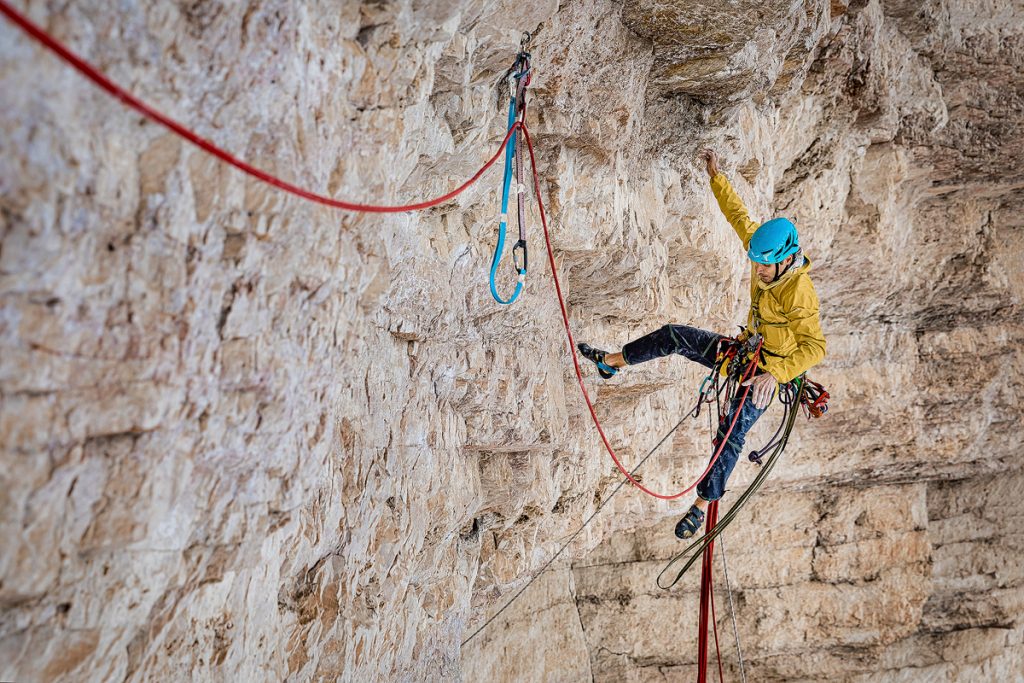 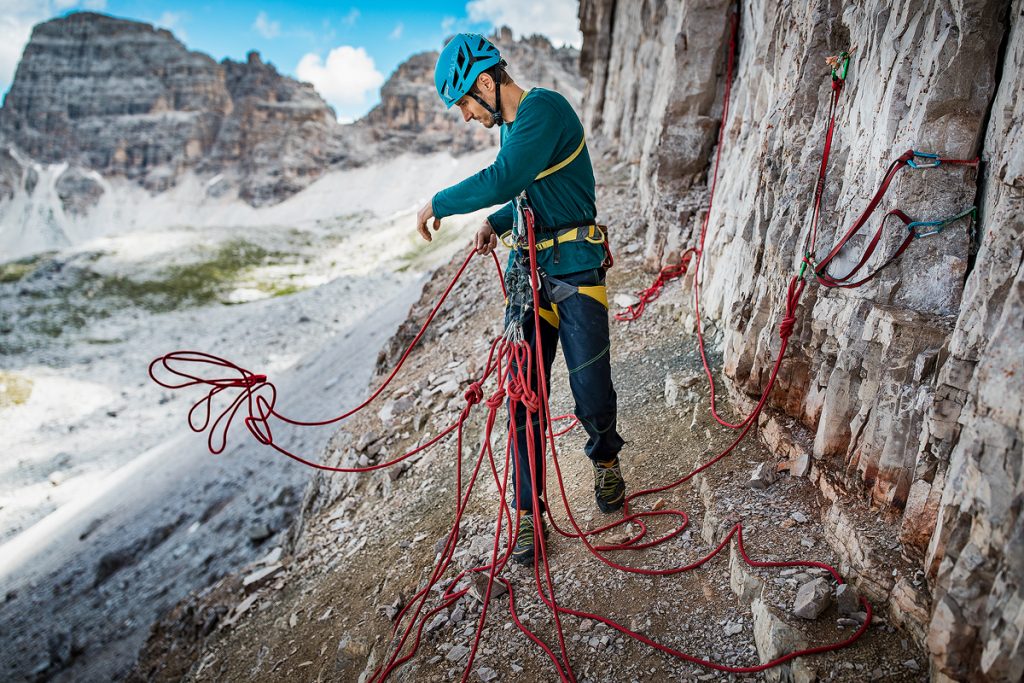 The forty meter sprawling huge Baur roof on the Cima Ovest was first climbed in 1968 as one of the highlights of the Direttissima by Gerhard Baur together with the brothers Walter and Erich Rudolph. In 2007 Alex Huber climbed through the only weak point of this roof on the Cima Ovest and he climb with „Pan Aroma“ (9 pitches – 7b, 6c, 6a +, 6c +, 7a +, 8b + (60m, 7 BH), 8c (20m, 4 BH), 6c, 6c +, then on via Cassin.) one of the most difficult alpine tours in the Alps then, as now. The climbing is even steeper and more athletic than its neighboring route „Bellavista“ (8b+ / X+), which was then still 8c / XI- difficult. According to the first ascenter Alex Huber, this is probably due to the fact that the crux holds have been enlarged since the first ascent. 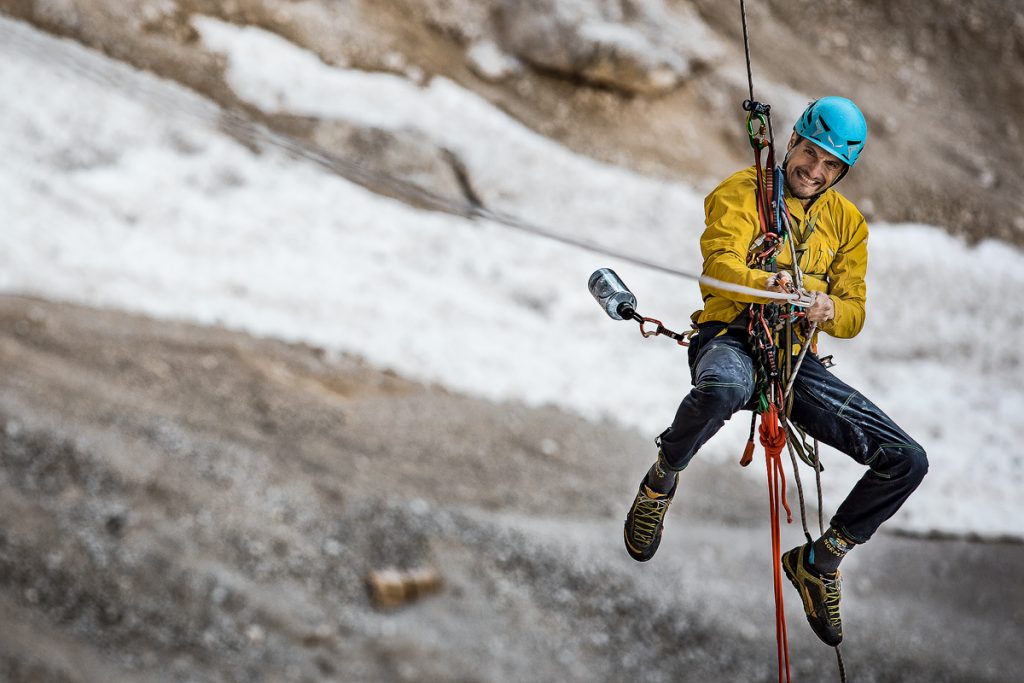 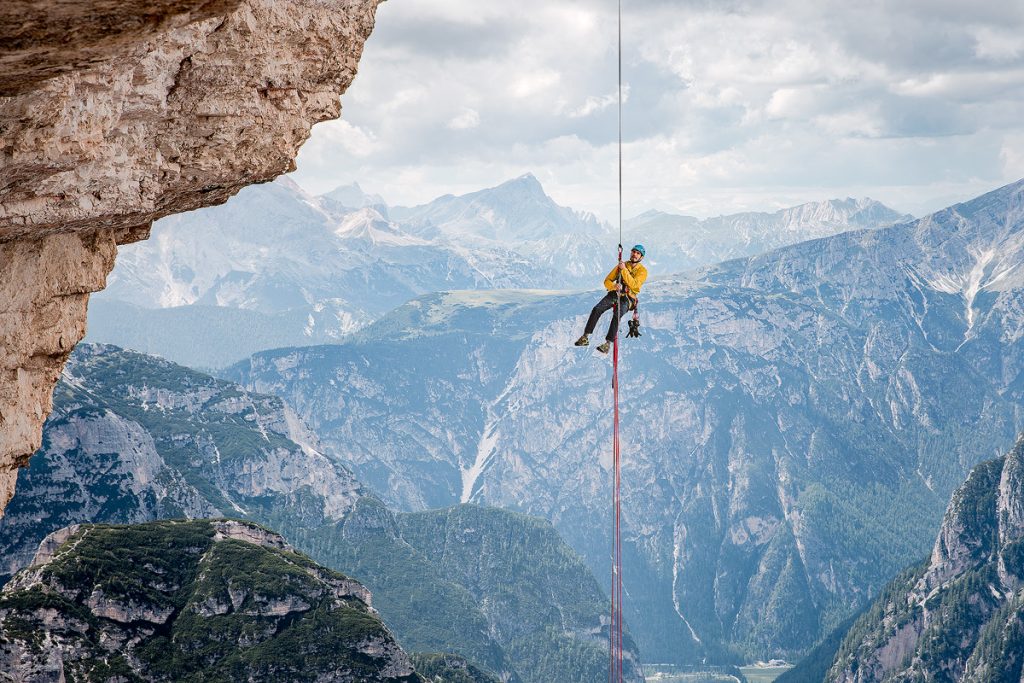 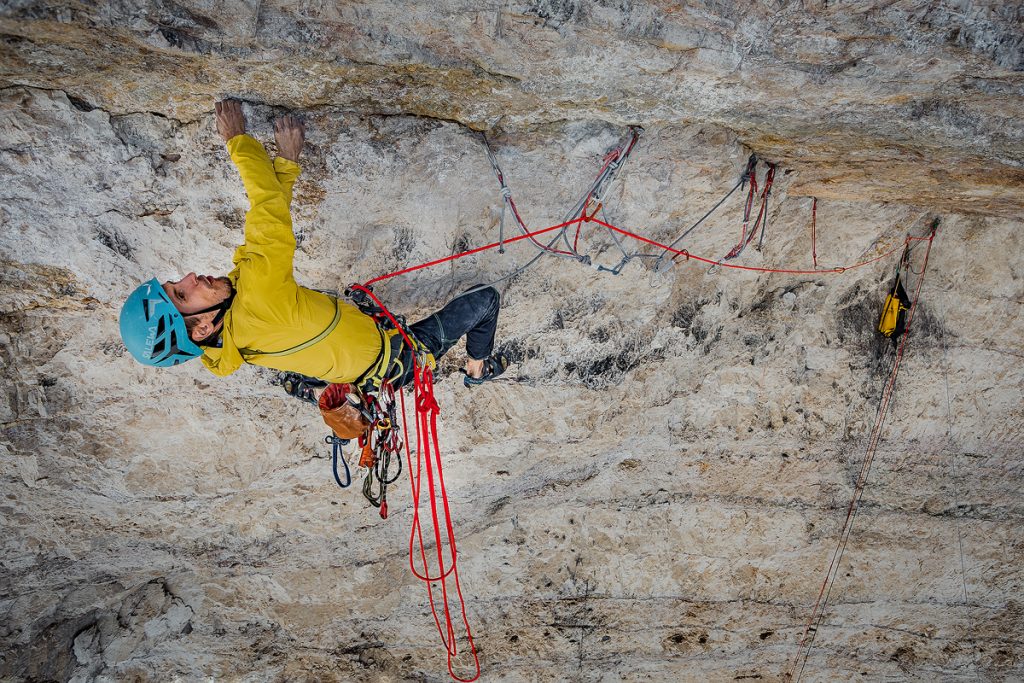 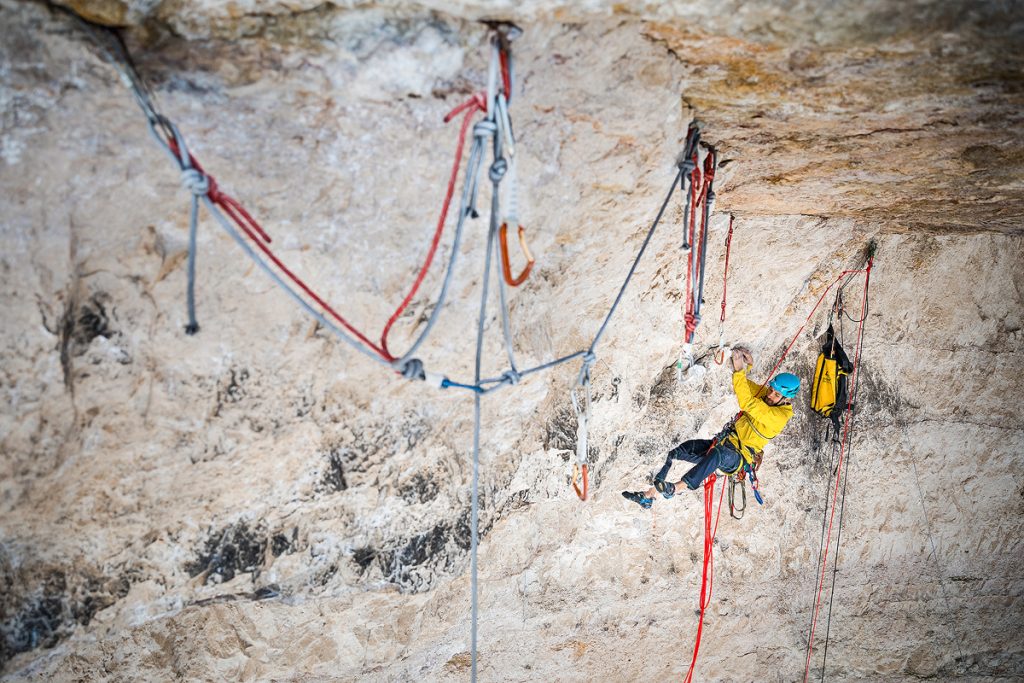 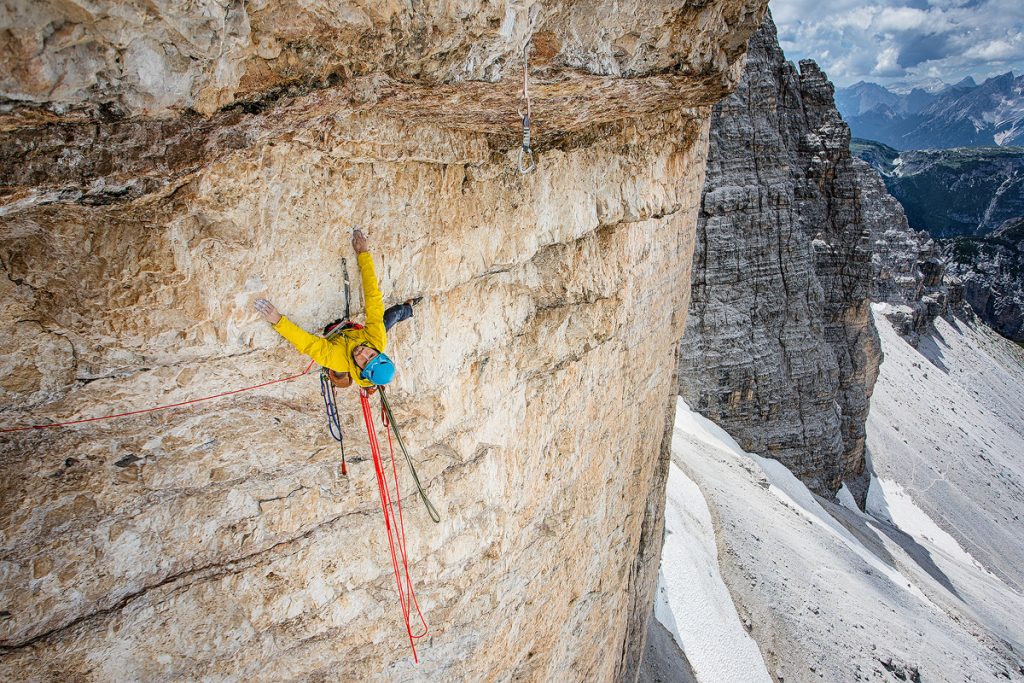 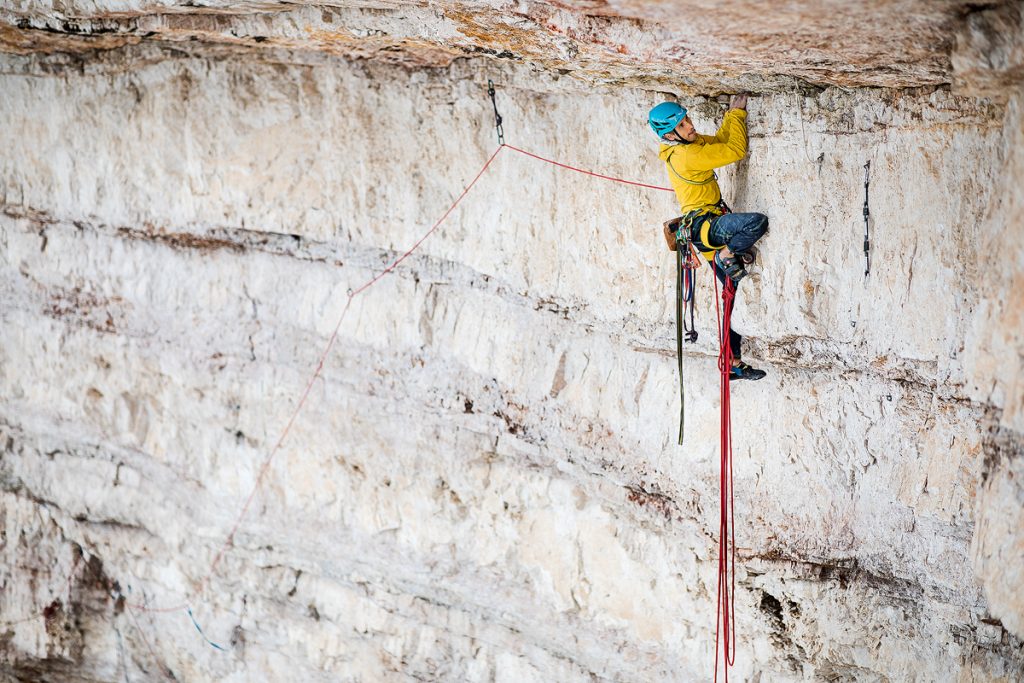 „It all started in 2015. Together with my friend Jacek Matuszek, we created Alpine Wall Tour
Team. Our goal was to repeat the most difficult multi-pitches alpine routes. One of them
were Bellavista and Project fear which have some common pitches with Pan Aroma. We
climbed both.
Earlier this year, I decided to climb Pan Aroma alone. As part of the preparations, I started
making several dozen of solo rope ascent in Polish Jura up to 8c grade.
Last year I lead Tortour 8c (270m) rope solo which is located on the southwest face of
Schartenspitze in Austria.
This year I was in the Dolomites on 3 trips. I invited my friend Piotrek Deska to cooperate
with me to take a photo report of my climbing. So, during the first trip, we worked 3 days in
a row. We put fixing ropes on the wall and took pictures as we wanted.
I went on my next trip alone, except on the first day. Piotr joined me on his return from his
holidays because he wanted to correct some of the shots. When my friend went home, I
could only focus on climbing. I was making progress every day and as I returned home, I
knew that on the next trip I would be prepared to send whole route.
On the final trip, I was able to lead Pan aroma on the first day.
I started climbing around 9 am because I wanted to be under the most difficult part around
12. At noon, the air temperature is at its highest. Thanks to this, I was able to have warm
fingers and not be pumped arms too quickly. I want to climb without any pressure, so I
treated this attempt as a working one. Luckily, I lead all the pitches on the first attempt.
After 17 hours of climbing, at 2 am I was on the top of Cima Ovest.
It was totally crazy project. This ascent is a summary of what I have learned in these 20 years
of my climbing activity. It is a combination of hard sports and mountain climbing,
complicated equipment logistics and newly discovered solo climbing. It was my biggest
challenge in my life. I feel that I am completely fulfilled as a climber.“ 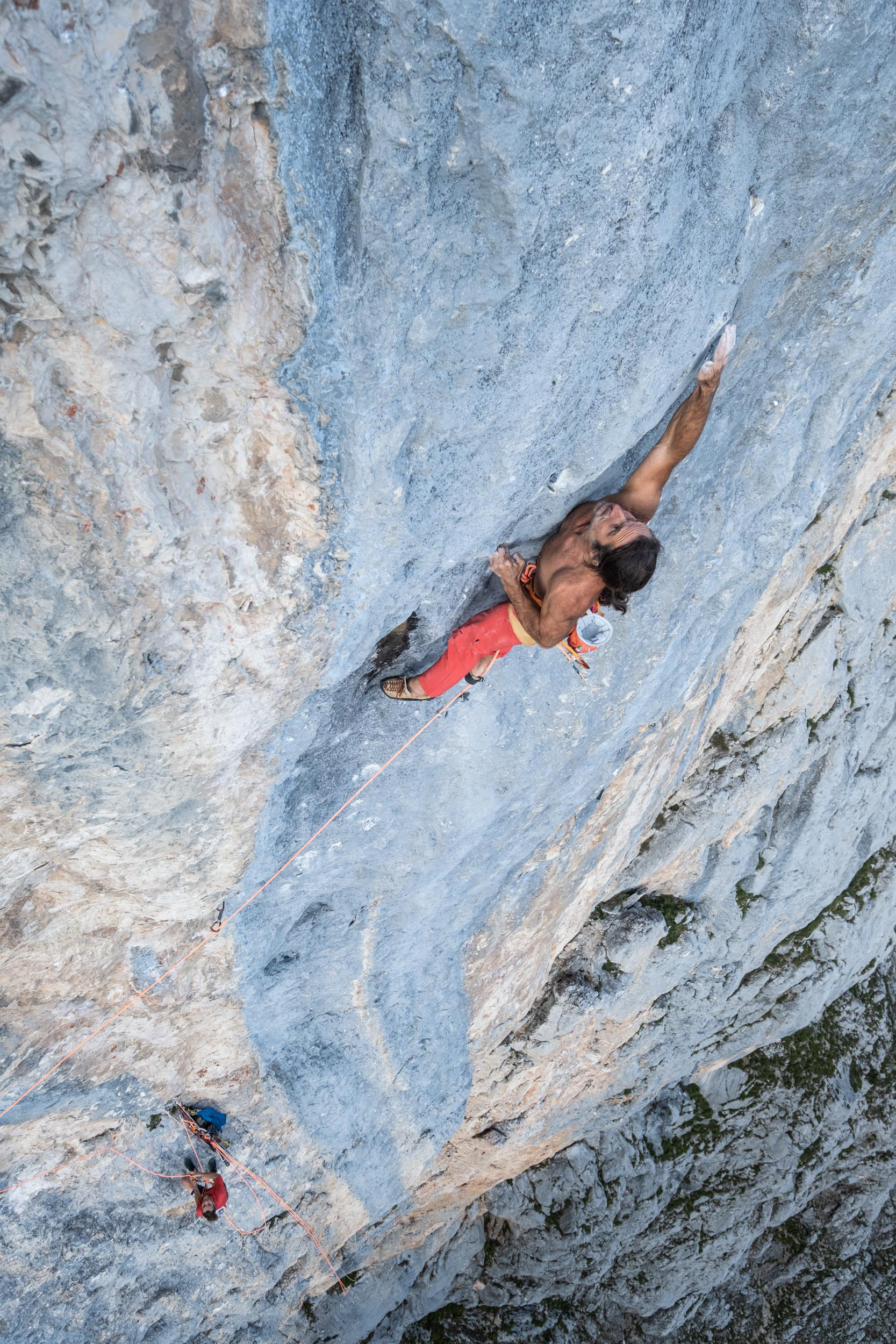 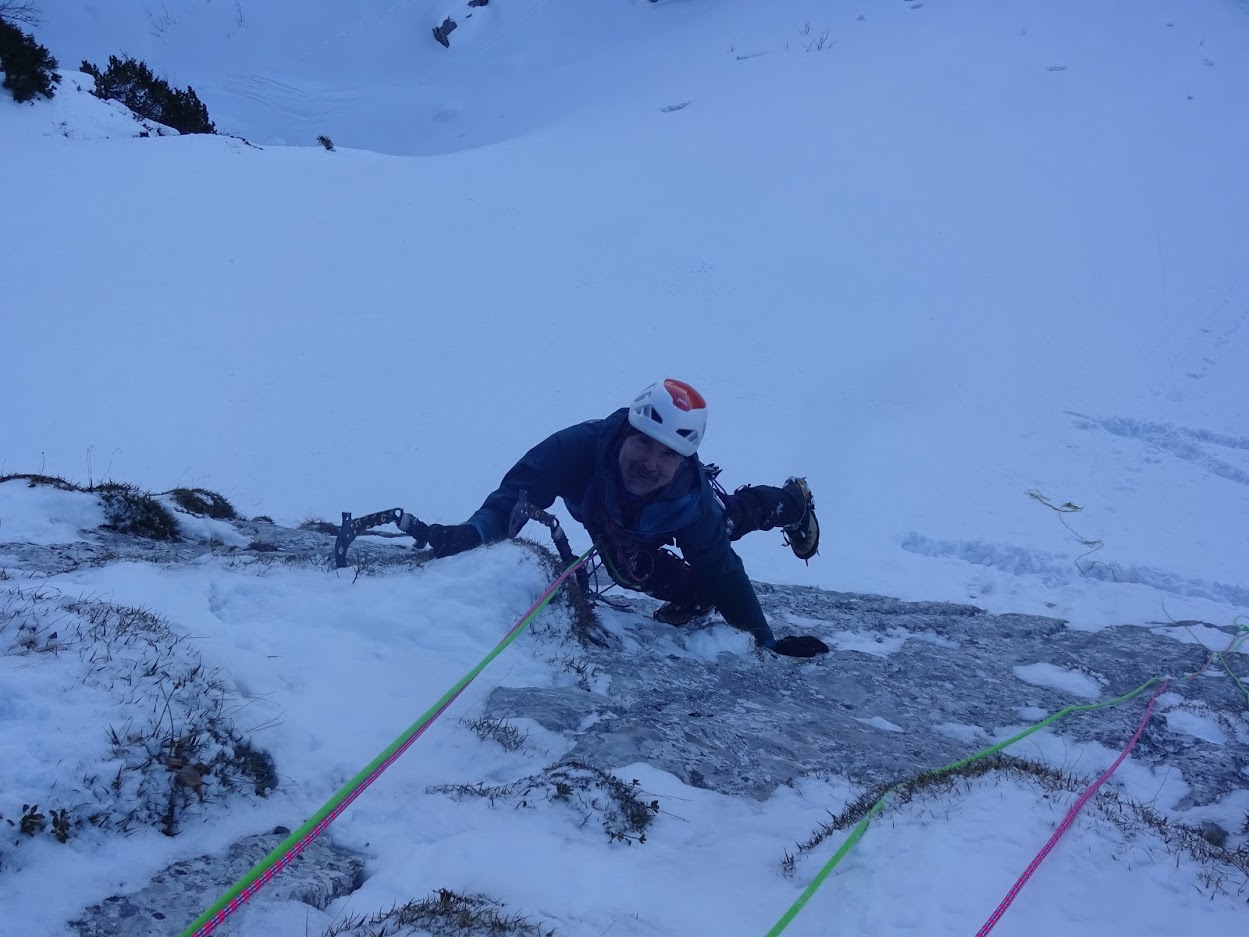 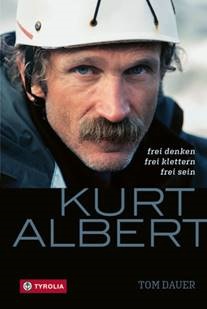