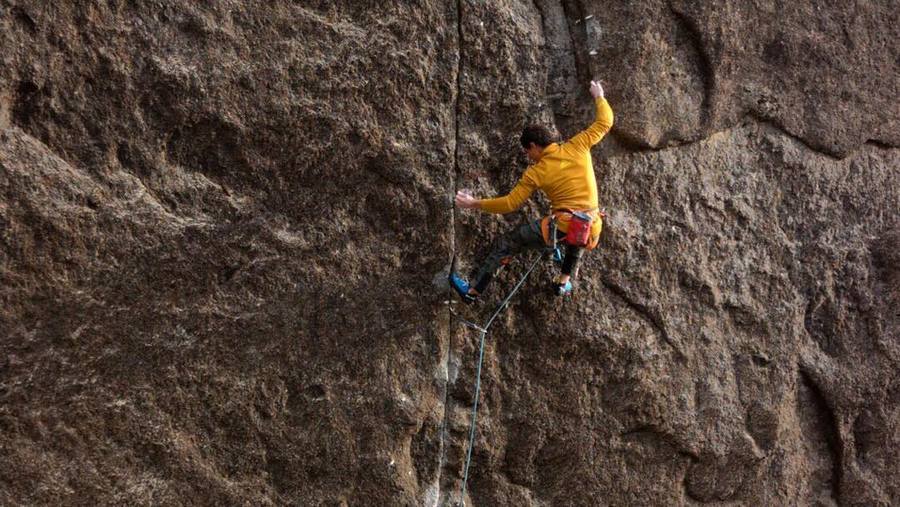 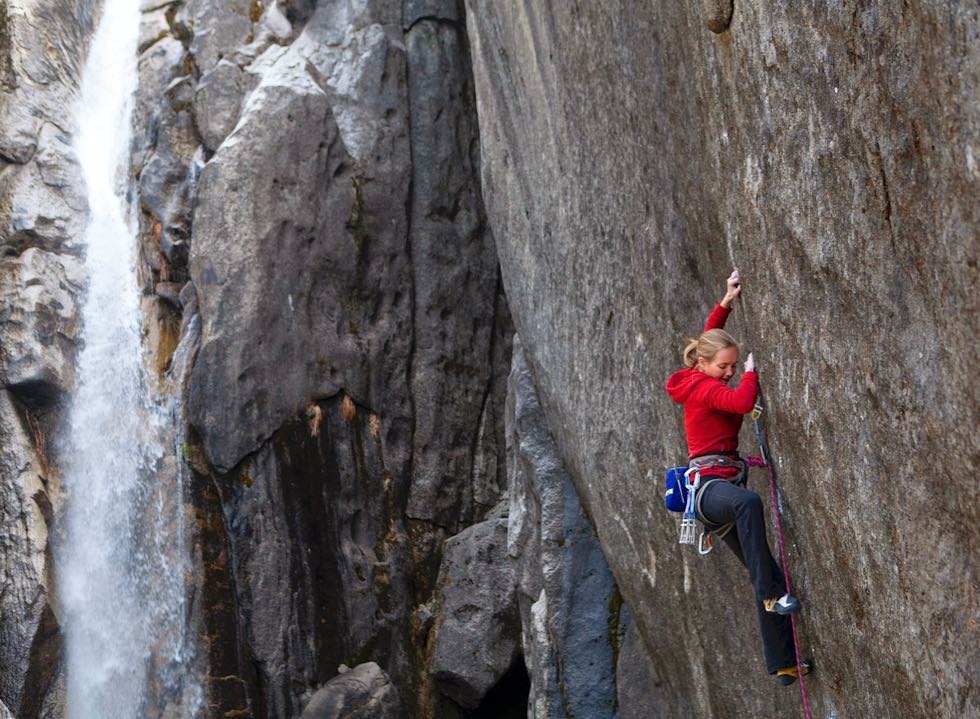 Carlo bei Instagram zu seiner Begehung der Route, in welcher er seit 2013 probierte: „Meltdown. What a ride. First tried this beautiful line in 2013 and got completely shut down. Couldn’t figure out how to stand on the absolutely miserable footholds. The next year I tried again and solved the crux, a desperate lie back section on gently overhanging granite while smearing on glass. I thought everything would come together quickly after that but I was wrong. It’s one thing to climb through a difficult section, it’s another to be relaxed enough while you’re doing it to not burn yourself out for the rest of the route. I top roped it clean at the end of 2015, got desperately close on lead, and then proceeded to go to war with the weather through 2016 and 2017. This season it all came together. A dry Fall and this week the colder temps are just sweeping into the Valley. Yesterday I was able to climb it on my 3rd try of the day after a couple weird slips after the crux on the first two tries. All gear was placed on lead, after the first piece was placed I climbed back down to the ground to re-chalk and re-compose. The climbing went smoothly including the placement of the final #4 @blackdiamond Stopper which is always a tricky one to get in. A massive thanks to @marymeck for all the days supporting me in the Valley through some of the coldest times. And my brother @gtraversi for standing in knee deep ice water in underwear in freezing temps to belay when the pool at the base of the route filled up. Last but not least a huge thanks to @bethrodden for the vision, tenacity, and incredible climbing ability that brought this route to life over 10 years ago. The First Ascent of this route is a benchmark in the history of climbing and is one of the most impressive achievements I can think of in the last few decades. „

Beth Rodden zu seiner Wiederholung: „Over ten years later Meltdown finally saw a second ascent! Big congrats to @carlodenali for pouring so much energy, heart, and soul into this thing and finally seeing it through.
***
Three years ago, I hiked a myself and a baby Theo up to watch Carlo give a couple burns on the route. It was amazing to watch him cruise through sections that I’d labored through. I could almost feel the finger locks digging into my skin as he climbed. It reminded me of a time in my life where I focused solely on pushing myself—dreaming up projects and doing everything I could to see them through. I had no idea the impact that this hidden crack climb would have on my climbing career, and honestly I’m still unpacking a lot of that. I’ve watched a few of the dozens of people that have tried this route over the years, thinking that they are many times the climber I ever hoped to be—which only added to the surprise that a second ascent took so long.
***
First ascents are a tricky thing—you give your best guess at a grade, knowing that it could be changed either up or down. It has always been a shock to me to hear some of the grade suggestions others have offered up. One of the great things about first ascents is you don’t have anyone placing a limit on what you can achieve. Sometimes you surprise yourself.
***
Meltdown ended up being one of the greatest pathways for me. Opening up my eyes to a relationship with climbing and Yosemite that I never expected to have, and I’m sure will still appreciate for many many decades to come.
***
I had a big smile last night when Carlo told me that he had done the route. Here’s to the next people who get to experience their own journeys on this route. And huge congrats Carlo! So excited for you! 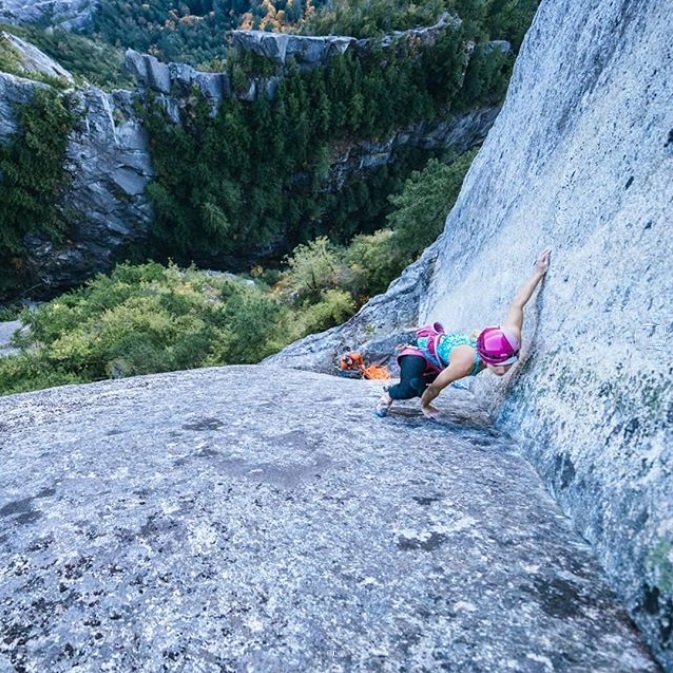 We want you! - Mitarbeit gefragt 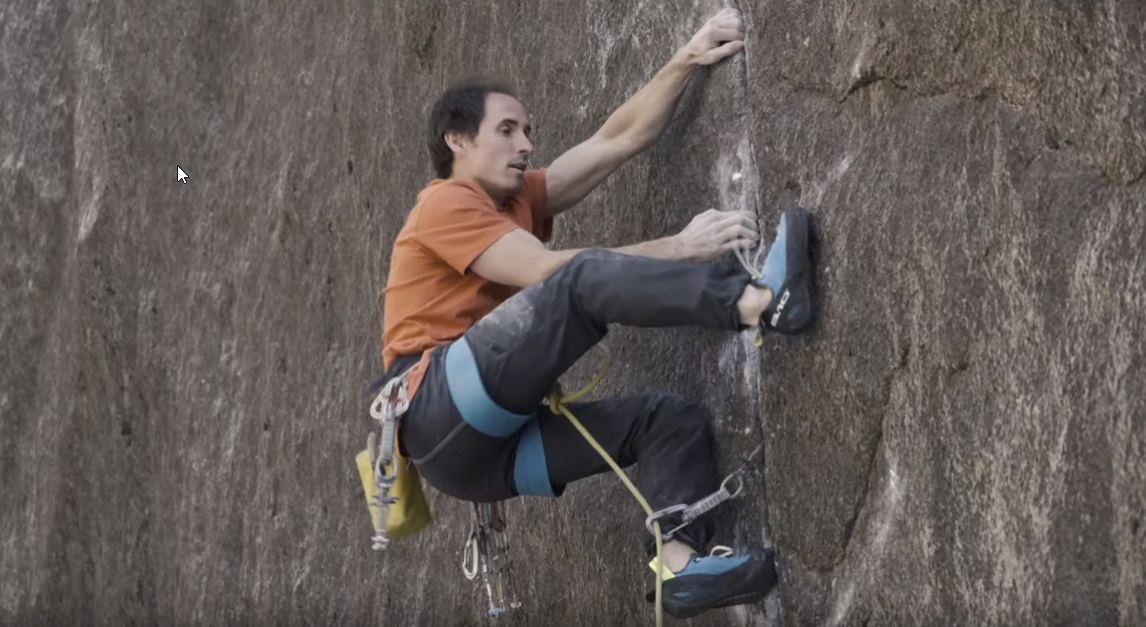