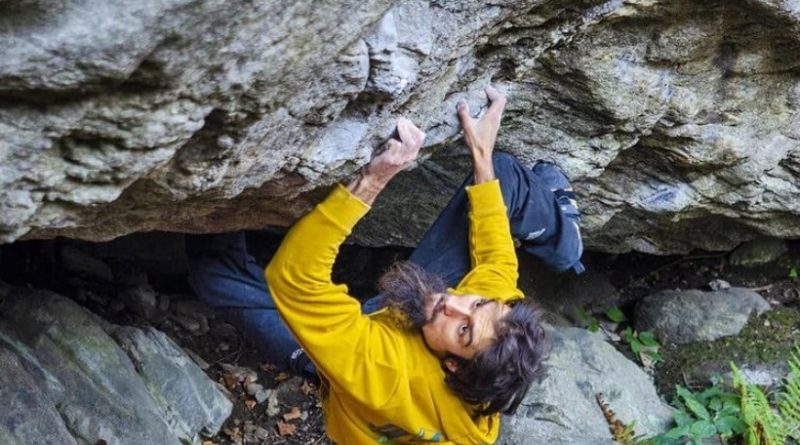 „My first session on this line dates back to 2014. Since that day, the left face project entranced me more than ‚From Dirt Grows the Flowers‘ (personal tastes I suppose..) so I found logical to follow my instinct, despite the first intro move seemed to be out of reach. I was together with Jimmy on that occasion and we had a good time trying to understand what the hell was better to do to make some progress.

That was my last time in Schattental unfortunately (time really flies), but I knew that one day I would have come back: I was intrigued by the shapes of the crimps and, mostly, by the quality of the climb: it deals of some long and shoulder moves that have to be balanced with a proper amount of tension, power and precision. But there is also a tricky and spicy top section, which is better to not underestimate, that made this project full package! I was enthusiastic to hear that Jimmy @jwebxl took it down a couple of seasons ago with an impressive vision! I might be wrong, but I think I read somewhere that this was a very long standing project of Chironico; Nowadays it’s better known as Ephyra.
Despite having visited Chironico loads of times in my life, there are several lines I still wish to climb (mostly because they are very connected to my past and my first rock climbing days) but in addition to being quite hard for me, they are also sharp. The comfortable holds of Ephyra, plus the mild temperatures of November, made this boulder the proper choice for the last days. It was a satisfying feeling connecting these moves together and visualizing my body doing something that was almost impossible when vision was more limited.“