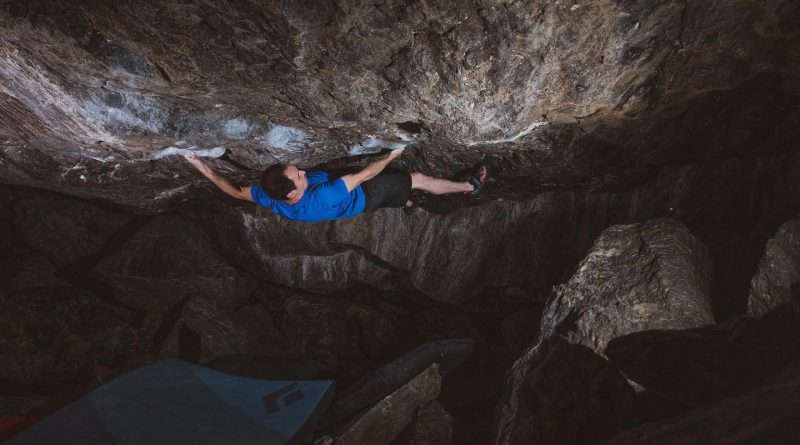 „Creature from the Black Lagoon V16. Not really sure what to say about this one. The past few weeks have been busy, with not a ton of climbing and lots of ups and downs. After being forced to close @theboulderfield again due to a surge in COVID cases in California, I jumped in the car and headed to Colorado to join @marymeck who was already in the Front Range for work. I’ve been mostly laying low but getting up to RMNP a fair bit when time and weather allow. I’ve tried Creature a few days in the past, some short sessions, and it felt attainable but would require a lot of days and effort. Roof climbing isn’t typically my style, but I was looking forward to improving that aspect of my climbing, so I started trying Creature last week. First session went well, doing all the moves individually, but linking through the crux section felt almost impossible. Second session a few days later was some of the worst conditions I’ve experienced in Chaos. Hot and no moving air. No progress was made and the session ended quickly. Yesterday was my third session and although conditions were still not favorable I felt ok in the crux bit and started trying from the bottom. After a few goes falling midway through the crux I started feeling pretty tired and started packing up my things. A light breeze picked up even though it was still warm and I resolved to give it one last go. To my surprise I climbed all the way to the top. It was slightly anticlimactic and left me feeling more confused by the whole process than anything. Regardless I’m stoked to progress within the style. As for the grade, I really don’t know. I’m not climbing on enough things these days to give a good opinion. Video soon. As always, thanks to @blackdiamond, @fiveten_official and @frictionlabs for the support.“